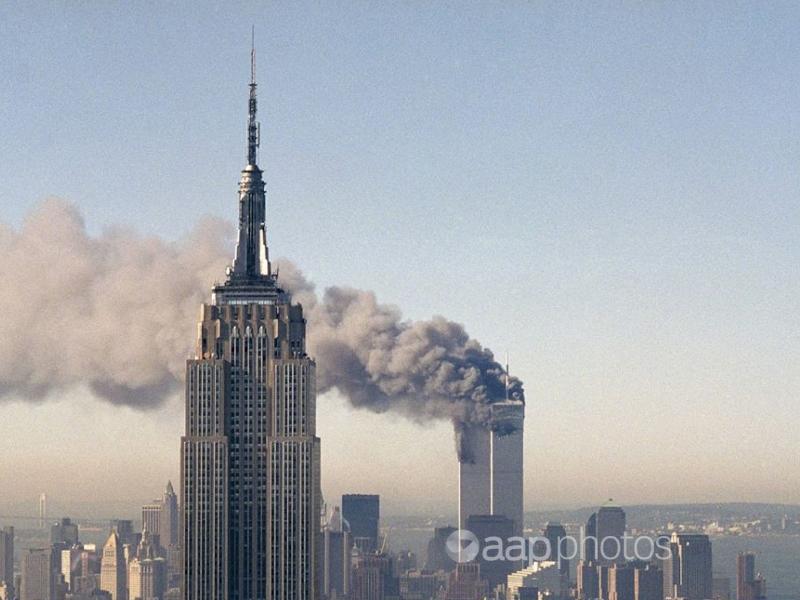 AAP FactCheck examined a Facebook post from October 30, 2019 by an Australian user which features a video of Daisy, a guide dog, who supposedly rescued hundreds of people from the World Trade Center on September 11, 2001.

The video details the tale of World Trade Center worker James Crane, who on the 101st floor of tower one when the first plane struck, told Daisy to flee the building while he waited to die. About 30 minutes later Daisy returns with James’ boss, who the golden retriever picked up on the 112th floor. The dog leads the pair as part of a group of 300 people out of the burning building. She returns to rescue 392 others before returning to the building a third time to rescue 273 people – a total of 967 lives. For her bravery Daisy was purportedly awarded the Medal of Honour for New York, the “first civilian canine” to receive such an award.

The story of a heroic dog named Daisy, who saved nearly 1000 lives after planes were flown into the World Trade Centre towers, first appeared online shortly after the attacks on September 11, 2001.

The video claims, following the first plane crashing into “tower 1 of the World Trade Centre”, Crane released Daisy who “darted away into the darkened hallway”, knowing he himself “was doomed”.

After 30 minutes, the video says Daisy came back with Crane’s boss who she “happened to pick up on floor 112 on her first run of the building” and successfully led both out of the damaged building before going back in two more times to save 967 others.

The World Trade Center had a total of 110 floors, not 112 as the video claims.

The video states Crane worked on the 101st floor when the planes crashed into the towers. According to the New York Times, evidence showed 1100 or more people who were situated in or above the impact zone survived the initial impact until their building collapsed. At least 28 people were rescued on the 86th and 89th floors.

While there were examples of dogs who led their owners to safety such as Salty and Roselle, there were none named Daisy and neither of the two dogs mentioned went back into the towers to rescue others. In the case of Salty, owner Omar Rivera said he let the dog go, but the yellow Labrador Retriever “refused to leave me. He came back to me. He said, ‘We are together. As long as we are in here, we are together’.”

Salty and Roselle were awarded the PDSA Dickin Medal, the animal equivalent of the Victoria Cross, for their bravery but there is no evidence they were awarded the “Medal of Honor of New York City”.

Based on the evidence, AAP FactCheck found the Facebook post to be false. There was no dog named Daisy who rescued 967 people from the World Trade Center during the 9/11 attacks. The World Trade Center had 110 floors, not 112 as the video stated and no dogs have been awarded a “Medal of Honor of New York City”.