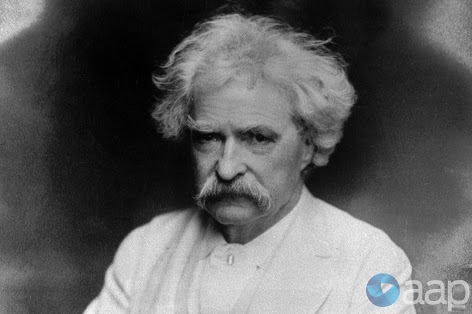 Mark Twain, who lived from 1835 to 1910, wrote several famous novels including 'The Adventures of Huckleberry Finn'.

AAP FactCheck examined a Facebook post from August 4, 2019 by Community Action Memes which featured American author and humourist Mark Twain with a quote attributed to him reading: “No amount of evidence will ever persuade an idiot”.

The post had attracted more than 350 shares, 200 reactions and 10 comments.

Community Action Memes has more than 1900 Facebook followers. The group states that its posts “are to help community action groups get their message across. Posts may be edited and shared without accreditation”.

Author, journalist and humourist Mark Twain was born Samuel Clemens on November 30, 1835 and is regarded as one of America’s most famous writers. Twain’s best known novels are The Adventures of Tom Sawyer (1876)  and The Adventures of Huckleberry Finn (1885) based on the adventures of young boys on the Mississippi River. His travelogue, The Innocents Abroad (1869) was a best-seller and the semi-autobiographical, Roughing it (1872), was also successful. Since his death in 1910, Twain’s writings have been translated into at least 72 languages.

The post attributing the quote to Twain does not include a date for when he purportedly made the statement. The Mark Twain House & Museum in Hartford, Connecticut was the author’s home from 1874 to 1891 and among its educational aims today is to assist in the teaching of Twain’s “life and works”.

A museum spokeswoman told AAP FactCheck that its curatorial staff found “no trace” online which supported attribution of the quote to Twain “other than in the usual inspirational or business works”.

The quote was also not found on www.twainquotes.com – a website that describes itself as a “directory of Mark Twain’s maxims, quotations and various opinions”. The site features an A-Z search of subjects on which Twain was quoted. The website is published by Barbara Schmidt.

Ms Schmidt, a US-based researcher, writer and “consultant on Mark Twain related projects” including the Center for Mark Twain Studies in New York, told AAP FactCheck the quote is “not found in any of Mark Twain’s known works, letters, or speeches”.

Based on this evidence, AAP FactCheck found the attribution of the quote to Mark Twain to be false.