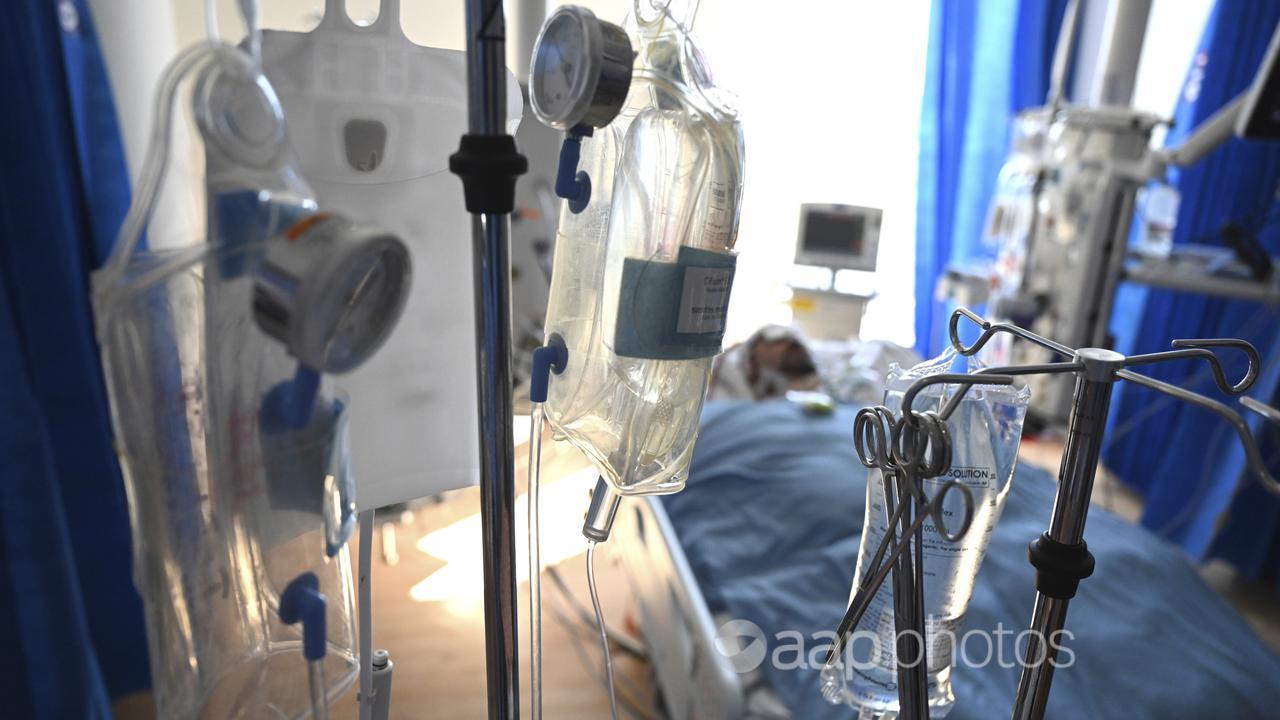 A patient with COVID-19 at Royal Papworth Hospital in Cambridge, England. Image by AP

COVID-19 data from England suggests that vaccinated people have a higher risk of dying with the virus than the unvaccinated.

False. A fair analysis of the data shows unvaccinated people are far more likely to die with COVID-19 across all age groups.

Some social media posts are pointing to COVID-19 data from England as proof that vaccinated people are at a higher risk of death than unvaccinated people. A post by a Facebook user in New Zealand says the data shows the vaccine “increases mortality from the virus, not reduces it”.

However, the claim relies on a misleading interpretation of the country’s official COVID-19 figures. While it is true that the majority of people dying with COVID-19 in England are vaccinated, this can be put down to high vaccination rates – particularly in the most vulnerable segments of the community.

When the figures are weighed for the numbers of people in the vaccinated and unvaccinated cohorts, the data shows the unvaccinated are far more likely to die after testing positive for the coronavirus.

Writing in The Guardian on June 27, Cambridge University statistics professor David Spiegelhalter and Royal Statistical Society ambassador Anthony Masters – who are also the co-authors of a book called Covid By Numbers – said the fact that the majority of people who die from the virus in England were vaccinated was “what we would expect from an effective but imperfect vaccine, a risk profile that varies hugely by age and the way the vaccines have been rolled out”.

In an email to AAP FactCheck, Prof Spiegelhalter said the vast majority of older, more vulnerable people had been vaccinated in the UK, but vaccination was “not perfect” and this meant there would inevitably be “‘breakthrough’ deaths“.

Prof Spiegelhalter used an analogy of car seatbelts to explain the data and provide context. He said that while most road fatalities are people wearing seatbelts, “it does not mean that seatbelts don’t help, it just means that nearly everyone wears a seatbelt, and they are not perfect”.

“Another way of looking at it is this: a small share of a big number can still be bigger than a large share of a small number,” he said.

“We need to look at the death rates per 100,000 people, and then we see that the vaccines hugely reduce the risk to individuals.”

In its weekly COVID-19 surveillance reports, the UK Health Security Agency (UKHSA) adds a warning notice to its data to say “there is a high risk of misinterpretation” if the raw numbers in the reports are used to draw broader conclusions about the effectiveness of vaccines.

“In the context of very high vaccine coverage in the population, even with a highly effective vaccine, it is expected that a large proportion of cases, hospitalisations and deaths would occur in vaccinated individuals, simply because a larger proportion of the population are vaccinated than unvaccinated and no vaccine is 100 per cent effective,” the notice says.

“This is especially true because vaccination has been prioritised in individuals who are more susceptible or more at risk of severe disease.”

To help prevent misinterpretation of the numbers, the reports also include the rate of COVID-19 cases, hospitalisations and deaths per 100,000 people, broken down by vaccine status.

The UKHSA surveillance report dated October 21, 2021 shows that across every age group, unvaccinated people are far more likely to die with COVID-19 than vaccinated people (see Tables 4a and 4b).

It also notes the data may be skewed because vaccinations were prioritised for people in high risk-groups, who may also be more likely to die of non-COVID-19 causes despite becoming infected.

Similar claims misrepresenting COVID-19 data from England have been debunked by fact-checkers here and here.

Contrary to the claim, recent data from England shows unvaccinated people have a higher risk of dying with COVID-19 than vaccinated people across all age groups when the data is weighted for the numbers in each cohort. Comparing raw data on deaths fails to account for high vaccination rates, particularly among those must susceptible to serious illness.