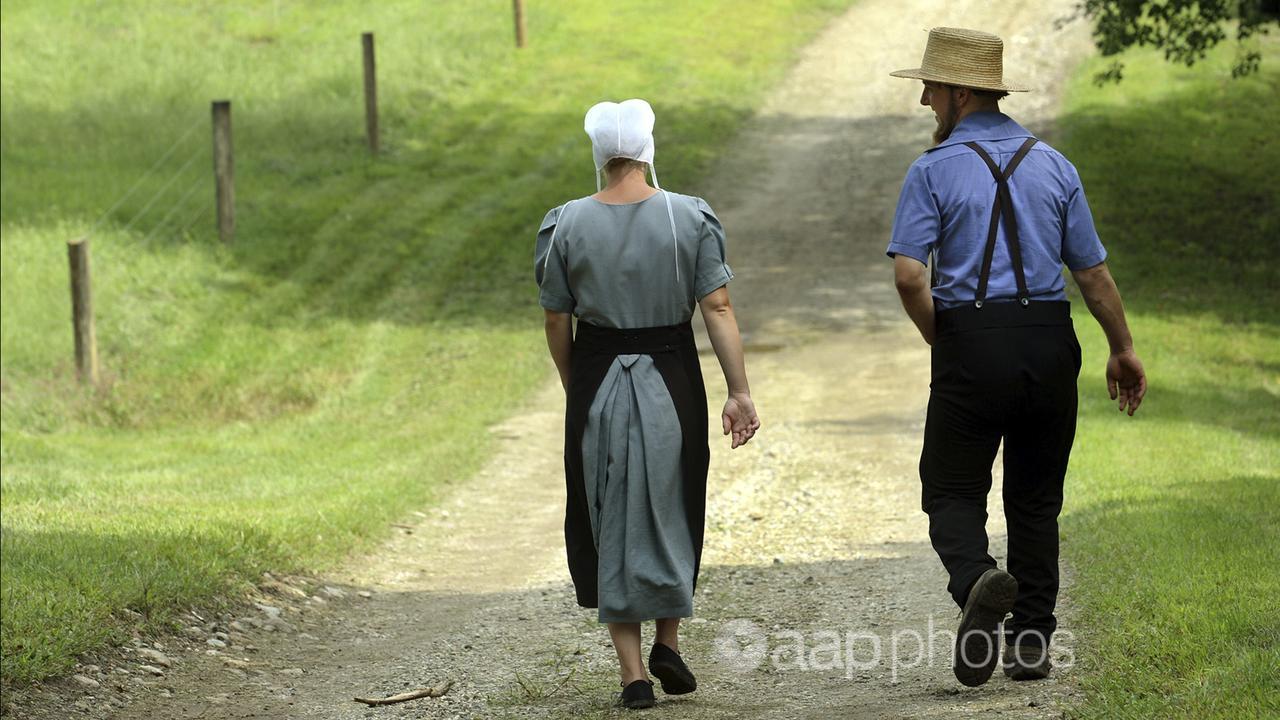 The lifestyle of Amish people has been found to be healthy, but they are not immune to diseases. Image by AP

No, the Amish aren’t free from COVID and other diseases

The Amish community are completely disease-free, including from COVID-19.

False. There are numerous documented examples of disease outbreaks and COVID-19 cases in the Amish community.

While the Amish way of life may be healthy in some ways, the US religious sect are not free from the ravages of disease – despite claims to that effect from one controversial Irish academic.

In a Facebook video discussing vaccinations and COVID-19, Dolores Cahill suggests health authorities only administered injections for minor illnesses, and that there were never vaccines for “anything that causes serious disease”.

“They weren’t looking at the Amish community that are completely disease-free,” she continues (video mark 48 secs).

However, studies and news reports show Amish enclaves in rural America have been affected by COVID-19 among several other contagious illnesses.

Dr Cahill is an immunologist who taught at University College Dublin’s School of Medicine before leaving her teaching roles in March and UCD in September after promoting a number of unfounded claims relating to COVID-19.

In the press, she has been labelled a “COVID conspiracy theorist” and YouTube last year removed an interview with her for breaking its policies on misinformation. The Facebook interview was conducted with Australia One Party leader Riccardo Bosi, who has previously shared various pieces of misinformation (see here and here).

The Amish are a Protestant sect who live primarily in the American Northeast and Midwest and adhere to a rural way of life, shunning many modern technologies and practices.

Like other communities across the world, the Amish have been impacted by COVID-19. A November 2020 study published by the US Centres for Disease Control and Prevention (CDC) looked at one outbreak in Wayne County, Ohio, and identified 30 cases in an Amish community, including one fatality.

There have been media reports of cases elsewhere in the US states of Ohio and Indiana, and deaths among Amish communities in Pennsylvania. Several of the reports note reluctance among the Amish to get vaccinated, although not all members of the community refuse the jab.

The Department of Health in Pennsylvania, the US state with the largest Amish population according to researchers from Elizabethtown College, said no group was “disease-free” when it came to the coronavirus.

“No one is immune to COVID-19. We know that every individual is affected differently,” a spokeswoman said in an email to AAP FactCheck.

David Dowdy, an associate professor in the epidemiology department at Johns Hopkins Bloomberg School of Public Health, has written frequently on infectious diseases and the COVID-19 pandemic.

“The argument that Amish communities are ‘completely disease-free’ is false,” he said in an email.

“COVID has had a major effect on these communities, and even now, the counties with the greatest proportion of Amish (e.g. Lancaster County) have per-capita COVID-19 rates that are well above the (US) national average.”

Alice Yoder, the executive director of Penn Medicine Lancaster General Health in Pennsylvania, which services Amish and Mennonite communities – together known as the Plain Community – has been involved in informing these groups about the risks of COVID-19.

She told AAP FactCheck in an email that it was difficult to get clear data on COVID-19 vaccination or hospitalisation rates among the community because information on religious affiliation was not collected.

Nevertheless, a paper from West Virginia University researchers found the death rate for Amish and Mennonites spiked during the pandemic, with a 125 per cent increase in November 2020.

“The large number of excess deaths among the Amish and Mennonite community is concerning, as it indicates not only the presence, but the impact of COVID-19 on this community,” the paper concluded.

Other communicable diseases have long been reported among the Amish.

A study of a measles outbreak in Ohio in 2014, published in the New England Journal of Medicine, detailed how it originated from two unvaccinated Amish men and spread to 383 cases “limited almost exclusively to the Amish community”.

Polio outbreaks were recorded among five children from “a small Amish community” in 2005 in Minnesota, and in 1979 among unvaccinated Amish communities in several states.

Large outbreaks of rubella (also known as German measles) were observed among Amish communities in Tennessee in 1991 and Ohio in 1990-1991, while Amish children in Missouri were diagnosed with Haemophilus influenzae type b infection in 2014.

However, there are indications the Amish lifestyle may be healthier in some ways.

An Ohio State University study in 2010 found Amish people had far lower rates of cancer and another study reported lower rates of diabetes than the rest of the Caucasian population. One study suggested a genetic mutation among an Indiana Amish family may increase longevity.

Nevertheless, there is little evidence to back up Dr Cahill’s claims that Amish communities are “disease-free”.

“I’m not aware of any evidence (or any biological reason) that Amish communities would be less susceptible to any known infectious disease,” Dr Dowdy told AAP FactCheck.

Claims the Amish haven’t been affected by COVID-19 or other diseases have also been debunked here, here, here and here.

The Amish people are not “disease-free”. Numerous COVID-19 cases and some fatalities have been recorded in Amish communities during the pandemic, while there are also several documented examples of other communicable diseases, such as polio and rubella, among the sect in recent decades.