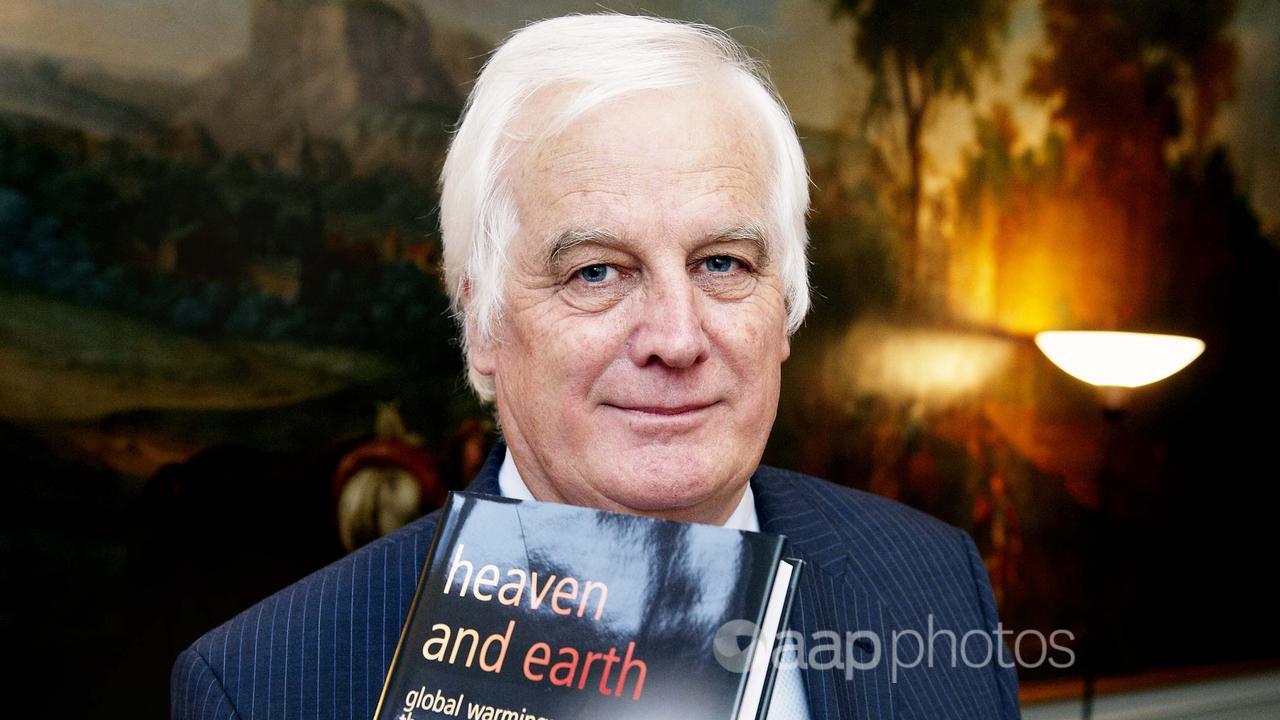 Professor Ian Plimer pictured at a conference in Copenhagen in 2009.

Misleading. The claim relies on calculations which go against internationally accepted measures of net zero.

The Albanese government wasted no time in fast-tracking Australia’s net zero target as part of the country’s commitment to the Paris Agreement. But one commentator has suggested there was no need, claiming Australia is already at net zero.

Professor Ian Plimer, a geologist and long-time climate change sceptic, made the comment in a Spectator column which also appeared as a blog post. He made a similar claim on Sky News Australia.

He claims that, according to United Nations (UN) and The Intergovernmental Panel on Climate Change (IPCC) rhetoric, Australia should be “financially rewarded” for removing more carbon dioxide (CO2) than it emits.

His argument, he explains, is based on figures which he claims show Australia’s ecosystem removes more CO2 than we as a country emit.

“Australian forests adsorb 940 million tonnes of carbon dioxide per annum compared to our domestic and industrial emissions of 417 million tonnes,” writes Prof Plimer. Combined with oceanic CO2 absorption, “Australia sequesters some five times as much carbon dioxide as it emits,” he claims.

But his claim is misleading. The IPCC’s definition of net zero already accounts for emissions removed by natural sequestration.

The IPCC measure, used by countries to help meet the Paris Agreement target, is a gauge of anthropogenic emissions and removals – given the scientific consensus that climate change is man-made.

AAP FactCheck approached Prof Plimer for the source of his figures but received no response.

He explained to AAP FactCheck in a phone call that net zero targets relate solely to anthropogenic, or human induced, emissions and removals.

“This is really the crux – the Paris agreement says we have to go to net zero emissions, the IPCC says net zero emissions by 2050, and that has been said very clearly with our anthropogenic emissions. Therefore we have to do our part. We can not go and change the counting rules.”

“The land and ocean carbon sinks are already helping to remove more than half of the anthropogenic emissions emitted into the atmosphere (see here),” she said via email.

However, Prof Arblaster explained these ecosystem services are already taken into account before net zero requirements are calculated.

The IPCC accounting system does allow for human-induced changes in ecosystem absorption of CO2 (for example forest planting), but this is accounted for under land use, land-use change and forestry (LULUCF).

The Department of Industry keeps a detailed inventory of Australia’s LULUCF emissions and removals and found that in 2020 LULUCF absorbed 40.1 megatonnes of CO2 equivalent, well short of the 527.7 MT CO2-e needed to offset anthropogenic emissions (page xiv).

Simply put, he said Australia does not have the measuring equipment to confidently state the exact amount of carbon emitted and absorbed by our ecosystem.

“We would need to have a network of hundreds of flux towers measuring things super high up, not the small ones we have,” he said. “The only one we have is at Cape Grim (Tasmania). It was put there 30-40 years ago just to avoid any influence from the continent because the interest was how the earth was changing, not what’s the role of Australia on it.”

OzFlux is an ecosystem research network that studies how Australian and New Zealand ecosystems exchange carbon with the atmosphere. According to acting director Dr Jamie Cleverly, Prof Plimer’s figures are incorrect as his assumptions about ecosystem absorption are overstated.

“Over 70 per cent of the continent contains semi-arid or arid landscapes, for which sequestration is about four per cent of the figure quoted in Plimer’s work,” Dr Cleverly told AAP FactCheck in an email.

“Additionally, grasslands especially have very little carbon sequestration potential in which the biomass they build up during very wet periods is lost to decomposition over subsequent dry years, generating net carbon emissions during dry years and tending towards carbon neutrality over long timescales (instead of a continuous 1 tonne/ha carbon sink cited by Pilmer).”

Experts said there are also concerns over Prof Plimer’s calculations. He claims there are “30 hectares of forest” for every Australian, which, given Australia’s population was recently found to be more than 25.4 million, would amount to over 750 million hectares of forest land. However, the Department of Agriculture found that Australia’s forest land only amounts to 134 million hectares.

The claim that Australia has already reached net zero is misleading. Prof Plimer’s claim relies on the inclusion of estimated emissions removed by our ecosystem. However, the concept of net zero, which is used to determine the action needed to prevent catastrophic climate change, already accounts for removals from the ecosystem. Given the consensus that climate change is a result of human activity, net zero is a measure of anthropogenic emissions minus anthropogenic removals.