Penfolds ‘House Style’ allows and embraces the freedom to explore premium viticultural regions across Australia and the world, with a global approach to winemaking – unrestricted by region or vineyard. Penfolds ambition to make wine outside of Australia started decades ago, and over time, skills, interest, and experimentation has grown. A rich tradition of research, curiosity and wine trial continues to guide Penfolds winemaking endeavours in Australia, Champagne, Napa, Paso Robles California and now Bordeaux France. 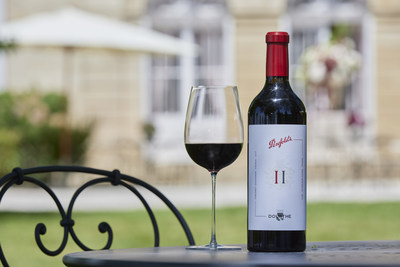 The new French release is led by a wine made in partnership with one of Bordeaux’s most respected winemaking group, Dourthe Bordeaux. Combining the creativity, direction and vision of Penfolds Chief Winemaker Peter Gago and Dourthe Chief Winemaker Frédéric Bonnaffous, the two houses collaborated to craft a wine that spans Northern and Southern Hemispheres, blending grapes from Bordeaux (71%) and South Australia (29%). The result delivers Penfolds II Cabernet Shiraz Merlot 2019. The name “Penfolds II” represents two winemakers coming together, to express quality through a harmonious blend of traditional French winemaking techniques and time-honoured Australian winemaking methods. Made from the 2019 vintage, the final wine was blended and bottled in South Australia by Penfolds winemakers.

“This is the start of our French winemaking journey. Our main objective? To remain true to the winemaking ethos of both wineries, to deliver the best blend possible, to ideally make Bordeaux and South Australia proud. This wine is not about bigness or boldness or assertion. It is blended to convey an ethereal lightness, subtlety on the palate – sensitively binding two hemispheres, Old World and New.” said Peter Gago, Penfolds Chief Winemaker. 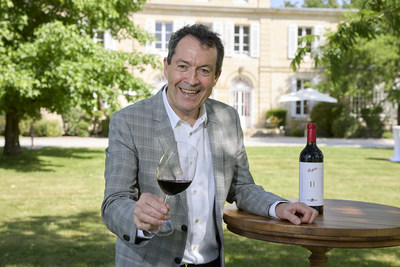 “To push the boundaries and craft such a blend was an unexpected and utterly fascinating concept. Collaborating and cultivating firm friendships with the Penfolds winemaking team in blending such an exceptional wine was a dream come true. For us, this was ground-breaking, resulting in a totally original, innovative wine – Penfolds II – which far surpassed all our expectations, while remaining true to the culture and style of our respective countries and houses.” said Patrick Jestin, Dourthe CEO.

The second wine to be released in August is the 2019 Penfolds FWT 585: A trial Bin wine made of Cabernet Sauvignon, Merlot and Petit Verdot. Since 2018, many trials and blends were tasted throughout the classification process where comprehensive and focussed wine trials marked the beginning of this new chapter for Penfolds in France. The Trial wine was made at Cambon la Pelouse Winery with Penfolds Senior Winemaker Emma Wood on the ground, in the cellars and in the vineyards.

“Many great Penfolds wines were born from experimentation and trial; RWT 798 (Red Winemaking Trial) Barossa Valley Shiraz, Yattarna Bin 144 (144 winemaking trials) 1951 (experimental) Grange – and now FWT 585. The wines made in France pay respect to French terroir, yet one thing remains overly consistent…the Penfolds stamp. Just like our California wines…. we have the French sun above and soil beneath, but everything in between is Penfolds!” said Gago. 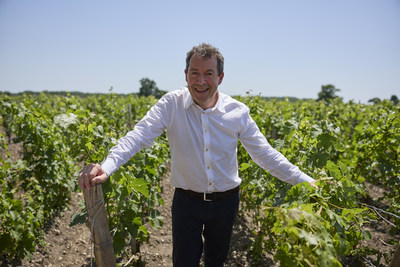 Emma Wood played a pivotal role during the Bordeaux harvest, together with our French colleagues on the ground. Whilst Penfolds winemakers have been visiting France frequently for years, the current team members have been refining a Penfolds vision for the last three harvests. Penfolds winemakers have also benefited from the expertise, input and support from the team on the ground in Bordeaux across the winery and vineyards.

The 2022 Australian release is led by the 68th consecutive release of Penfolds 2018 Grange – a testament to the multi-regional blending philosophy that underpins Grange DNA, offering an abundance of complexity.

Following the inaugural release of Penfolds Californian wines in 2021, the next iteration will launch as part of the 2022 Collection – a continuation of an endeavour started over 20 years ago, when Penfolds winemakers first started exploring Californian soils. This year’s release includes the 2019 Bin 149 Cabernet Sauvignon, Bin 704 Cabernet Sauvignon and Bin 600 Cabernet Shiraz. 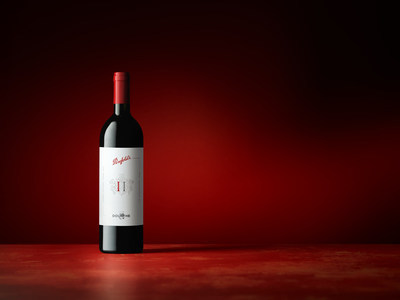 Penfolds Managing Director Tom King said “Penfolds is building a global ambition not just on paper but with our feet in vineyards across two hemispheres. We are focussed on making Penfolds wines from the best winemaking regions globally…We started this journey with our partnership with Champagne (Thienot), then brought to life a 20-year endeavour with the California wine release, and now, we proudly introduce a partnership with leading a Bordeaux winery and reveal our own 2019 Trial Bin wine in France.

From an experiential perspective, this year’s Collection will be celebrated with a series of events globally, titled ‘Venture Beyond by Penfolds’, in a disruptive, immersive, and playful way. The activations will be executed over several days in key regions around the world and will combine a mix of masterclasses, artist collaborations and culture-led performance pieces, underpinned by the ‘Venture Beyond’ brand thematic. About Penfolds:
Since 1844, Penfolds has played a pivotal role in the evolution of wine making with a history and heritage that profoundly reflects Australia’s journey from colonial settlement to the modern era. Penfolds collection of benchmark wines were established in a spirit of innovation and the constant and endless pursuit of quality, evidenced by the secret bottling of Grange in 1951 and the unbroken line of vintages of what is now arguably Australia’s most iconic red wine. Today, the collection continues to display the distinctive and consistently recognisable Penfolds ‘House Style’; the ultimate expression of Penfolds time-honoured tradition of sourcing the best fruit from the best regions. Historic blends, signiﬁcant milestones and heritage vineyards have been honoured by a lineage of custodians whose courage and imagination, precision and humility have ensured Penfolds remains true to its original values while remaining relevant for current and future generations. The stories and philosophies behind each label bring a timeless quality, making Penfolds wines special and compelling for collectors and drinkers the world over.

About Dourthe:
Dourthe has been passionate about the vineyards of Bordeaux since 1840; Passionate about a type of viticulture in tune with the soil and microclimate, about winemaking that harnesses the typical character of each terroir and each one of the region’s iconic grape varieties, and ever committed to a creative, honest and daring blending philosophy. In its Chateaux, Dourthe has invested in rich and varied soils, dedicated to elevating the vineyards to the very peak of their respective appellations. In its quest to enhance the true worth of the terroirs, its innovative teams create blended estate wines that far surpass typical Bordeaux norms. To this end, Dourthe works hand in hand with its partner growers, who remain devoted to delivering the very best of every vineyard plot and grape variety to as wide an audience as possible. Dourthe specialises in producing honest fine wines that fully express the character of the region’s terroirs, while embracing the environment, biodiversity and humankind, to create meaningful, shared moments of happiness.