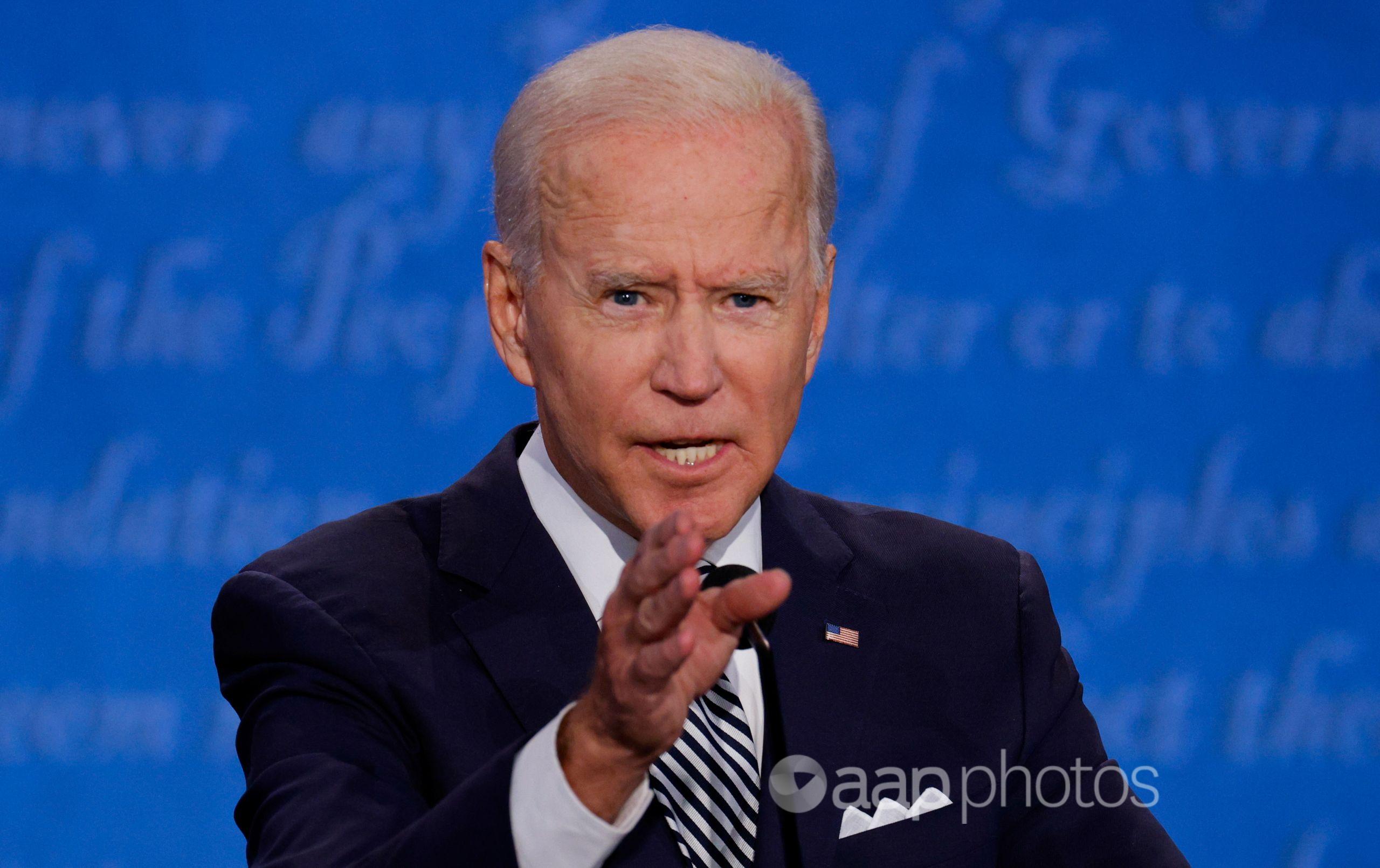 A Facebook post shows a picture of a purported banner disparaging the Victorian Premier Daniel Andrews and the people who voted for him.

The post on the Aussie Bogans Facebook page features two images of a pick-up truck displaying a blue red and white banner on the back which reads, “F*** ANDREWS AND F*** YOU FOR VOTING FOR HIM” with five stars underneath.

The post’s caption says, “If you see this guy buy the man a beer”, an apparent reference to the truck’s driver.

At the time of writing, the September 28 post has been shared more than 800 times and attracted more than 900 reactions and 170 comments.

Premier Daniel Andrews has attracted strong reactions from many Victorians for his government’s handling of the COVID-19 pandemic, however the image has been altered from an identical picture with US presidential candidate Joe Biden’s name featured on the flag.

AAP FactCheck found the flag, featuring the message “F*** BIDEN AND F*** YOU FOR VOTING FOR HIM” being sold online here and here.

US social media posts showing the anti-Biden flag on the back of the pick-up truck date back to at least September 21 and a reverse image search linked it to a Tumblr account which stated the photo was taken in Erie, Pennsylvania.

AAP FactCheck traced the earliest example of the flag reading “F*** ANDREWS AND F*** YOU FOR VOTING FOR HIM” in an otherwise-identical image to September 27.

A list of examples showing both Andrews’ and Biden’s name on the flag can be seen here.

The Facebook post photo has been altered from an identical image with the name “Biden” on the flag, AAP FactCheck has determined based on the evidence.

The image with Biden’s name on the flag dates back to at least September 21, while the earliest version with Andrews name is from September 27. Other identifiers and posts corroborate that it was originally taken in the US.

Altered Photo – The image has been edited or synthesised beyond adjustments for clarity or quality, in ways that could mislead people.