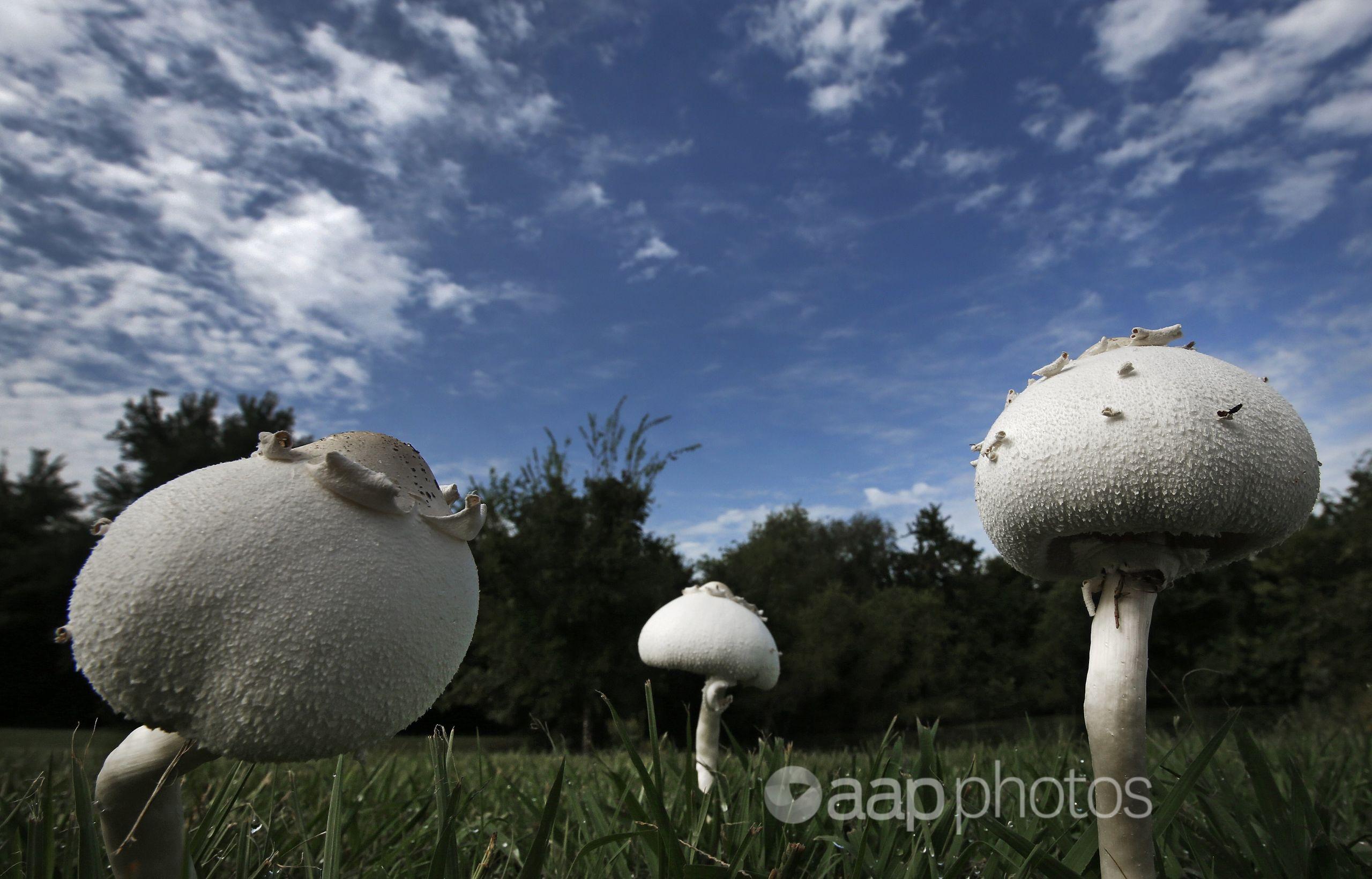 A group of large mushrooms growing in a field.

A widely-shared meme claims that a tree-sized mushroom in the United States is the world’s “largest living organism”.

The Facebook post features a picture of people standing beneath the giant fungus with a caption that reads, “There’s a giant mushroom in Oregon’s Malheur National Forest with a root system that covers over 2,200 acres, making it the largest living organism in the world.”

At the time of publication, the November 21 post had been shared more than 200 times, including users in New Zealand, and attracted 37,000 views.

While the Facebook post’s single tree-sized mushroom is a genuinely eye-catching photo, it’s not real. What is true is that the text underneath the photo is accurate. The world’s largest living organism was discovered in Malheur National Forest, in eastern Oregon.

Thomas Volk is a professor of biology at the University of Wisconsin La-Crosse and runs a website dedicated to the study of fungi. On his frequently asked questions page, Prof Volk writes that “the largest fungal fruiting bodies known are…only about 300 lb (136kg)”.

He confirmed to AAP FactCheck that the image had been “definitely Photoshopped”.

“I know the people in the picture, from Berkeley (University of California),” he said in an email. “However, there definitely is a very large underground fungus in Malheur.”

The image originated from Tom Bruns of the University of California at Berkeley, apparently as a joke.

The website, Waffles At Noon, said an analysis of the image showed signs of digital manipulation, particularly around the edges of the mushroom. The site also pointed out that if the photo was genuine such an amazing sight would have been widely documented by the media and scientists.

Prof Volk told AAP FactCheck that the text accompanying the image is factual.

Armillaria ostoyae, popularly known as the honey mushroom, was declared the world’s largest organism in 2000 and spread through 2,200 acres of the Malheur National Forest in Oregon. It is described by the US Department of Agriculture as “the largest known root disease centre in the world”.

Armillaria ostoyae is a parasitic fungi that grows from a single fertilised white spore. It spreads through hyphae, which are threadlike filaments that bunched together are known as rhizomorphs. These rhizomorphs grow underground and can create enormous networks, also called mats, as is the case in Malheur National Forest.

An expert confirmed to AAP FactCheck the image in the post has been digitally altered, however the caption is correct. The armillaria ostoyae fungus in Oregon’s Malheur National Forest does span more than 2,200 acres and has been declared the world’s largest living organism by the US Department of Agriculture.