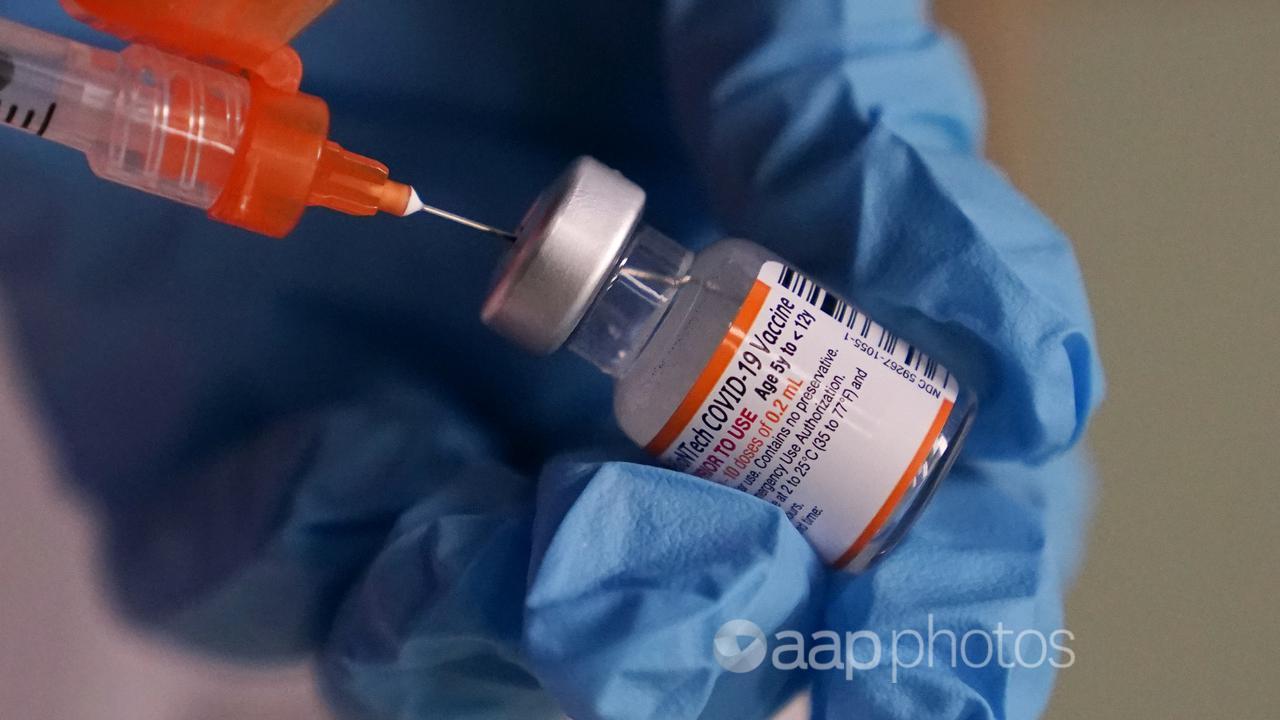 There were more than 1,200 vaccine-related deaths in the first 90 days of the Pfizer rollout.

False: The claim that the deaths were caused by the vaccine misrepresents what the published data on adverse events actually means.

Australian social media accounts are sharing an online article that claims Pfizer’s own reporting shows there were more than 1200 vaccine-related deaths in the first three months of its COVID-19 vaccine rollout.

But the claim follows a familiar anti-vaccine pattern of using adverse events reports, which cannot be directly attributed to receiving the vaccine, to misrepresent the data, according to experts who spoke to AAP FactCheck.

On March 9, the Facebook account for Australian Free Independent Press Network (AFIPN) posted a link to an article hosted on its website by an author called John Napper. The article was headlined, “Pfizer, stranger than fiction”. The article discusses documents a US court ordered the US Food and Drug Administration to release following a Freedom of Information Act request by the group Public Health and Medical Professionals for Transparency.

The article says the first trove of documents revealed that “over 1200 vaccine related deaths occurred within the first 90 days of the Pfizer-BioNTech vaccine rollout”. That number is in a Pfizer report that analyses data on adverse events reported during the first three months of the Pfizer rollout, up to February 28, 2021.

Table 1 (page 7) of the report records 1223 fatalities reported as adverse events during that period. While there is fresh impetus among anti-vaccine groups following the release of the Pfizer documents, such as here, claims about the 1223 figure were first fact-checked in December 2021 following the initial release of documents by the FDA, such as here and here. Those checks point out that nowhere in the Pfizer report does it say the 1223 deaths were linked to the vaccine.

Jacques Raubenheimer a senior research fellow in biostatistics at University of Sydney who has written on vaccine misinformation and data misinterpretation, makes the same point. He told AAP FactCheck it was important to heed the report’s warning that an accumulation of adverse event reports did not necessarily indicate that a particular adverse event was caused by the drug.

“If we have, as a most conservative estimate, 10 million doses and we have reports from 42,086 cases, then that gives us 0.4 per cent of doses leading to reports, and when we further consider that most of those were not serious, then we suddenly realise that, far from sounding the alarm, this document shows the opposite,” Dr Raubenheimer said in an email.

Professor Nigel McMillan, the director of the Infectious Diseases and Immunology Program at Griffith University Queensland, said the claim of 1223 deaths related to the vaccine’s first three month rollout was a common misuse of information.

“In any group of people we see deaths from all sorts of things like heart attacks and cancer (450 a day in Australia actually) and some of these people might have been vaccinated in the last month or so. It doesn’t mean those people died because of the vaccine. In Australia, regulator investigation have resulted in 12 vaccine-attributed deaths from 50 million doses given,” Prof McMillan said.

A Pfizer spokesman told AAP FactCheck spontaneously reported adverse events (AEs) were collected for all products to monitor for potential safety issues that may not have been seen in clinical studies and the events may not have any causal relationship to the vaccine.

“Rather, the event may be due to an underlying disease or some other factor such as past medical history or concomitant medication or the AEs may be coincidental,” the spokesman said.

Pfizer said the safety profile for the vaccine for all authorised groups continued to be favourable.

“The table on page 7 does not indicate that there have been 1223 deaths caused by Comirnaty (the Pfizer vaccine),” the TGA’s emailed statement said.

“The Pfizer report, which was provided to the FDA, is an analysis of Pfizer’s safety database, which contains cases of adverse event reports collected by Pfizer up to 28 February 2021 from a range of sources, including a large number from spontaneous reporting systems.

“These reports are received from health professionals and consumers who are encouraged to report clinically significant health problems following vaccination, even if they are uncertain about whether the vaccine was the cause. As the Pfizer document notes, reporting of an adverse event, including those with a fatal outcome, does not mean that it was caused by the vaccine. The event may be related to an underlying disease or some other factor such as past medical history or concomitant medication. Simple review of the number and nature of adverse event reports in this document is not a valid method for assessing the safety of the vaccines.”

Studies since the early days of the Pfizer vaccine have highlighted its low incidence of serious adverse events, such as here and here. More recently, a CDC-funded study found that data from more than 298 million doses of mRNA COVID-19 vaccine administered in the first six months of the US vaccination program showed that most reported adverse events were mild and short in duration.

An AAP FactCheck report on similar misrepresentation of the reporting of adverse events in January 2022 showed that in its COVID-19 vaccine safety report, dated 27 January, the TGA had received and reviewed 755 reports of deaths following vaccinations. Of these, only 11 had been identified as being linked to the vaccines themselves.

The claim that there were 1223 vaccine-related deaths in the first three months of the Pfizer rollout is false. The claim misrepresents adverse event reporting in Pfizer documents. The figure represents deaths that were reported in the period following someone receiving a vaccination but those deaths are not necessarily linked to the vaccine. The figure is compiled from a variety of medical and non-medical sources. Studies over the past two years have consistently affirmed the mainly mild reactions to the vaccine from millions of doses.