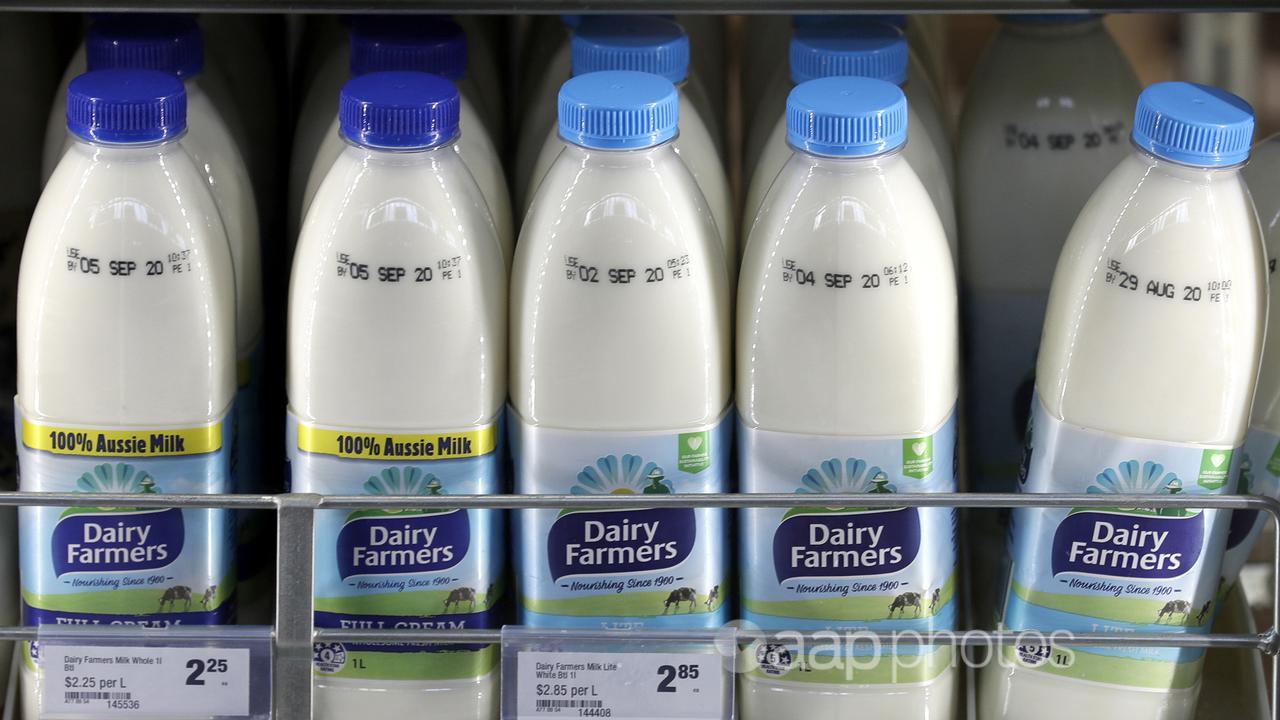 The Chinese Communist Party owns and controls some of Australia’s most popular milk brands.

False. The majority are Australian-owned, with others being subsidiaries of Japanese or Canadian firms.

A social media user has issued a warning to Australian milk lovers at a time when trade and political relations with China are severely strained.

The claim is false. Most of the brands are owned by Bega Cheese, an Australian dairy company traded on the Australian Securities Exchange.

Three are owned by Canadian company Saputo, one is a subsidiary of Japanese firm Suntory, and only one – Vitasoy – is a joint venture between Bega and Hong Kong-based Vitasoy International Holdings.

The April 13 post features an image of Chinese Communist Party leaders with various Australian milk products superimposed above them.

Bega, which started as a dairy co-operative in 1899, is still based in the NSW town of the same name. Its largest shareholders are predominantly Australian fund managers and investment companies, with the biggest being Tattarang, owned by Australian billionaire Andrew Forrest‘s family.

Of the remaining brands, King Island Dairy, South Cape and Tasmanian Heritage are owned by Saputo Inc, based in Canada and listed on the Toronto Stock Exchange. The principal shareholder is Emanuele Saputo, a member of the Saputo family who founded the company in Canada in 1954.

Just Juice is owned by Frucor Suntory, an Auckland-based subsidiary of Japanese drinks giant Suntory. The company is privately held and headquartered in Osaka.

The NSW town of Central Tilba is home to Tilba Real Dairy, which states on its website it is “a 100% Australian family owned and run business.” Timboon is a Victorian town with many surrounding diaries, while there’s a family-owned Clover Creek cheese company in the United States.

Mengniu Dairy doesn’t own any of the brands named in the post, although it does own Australian formula milk brand Bellamy’s Organic.

In 2019, Mengniu sought to buy Lion Dairy and Drinks, then a subsidiary of Japanese beverage company Kirin, but dropped the bid in 2020 after the Foreign Investment Review Board blocked the move and Treasurer Josh Frydenberg declared the sale “contrary to the national interest”.

Bega subsequently acquired Lion and its suite of Australian products in 2021.

The claim Chinese company Mengniu Dairy and the Chinese Communist Party own many of Australia’s leading milk brands is false. The 21 brands listed in the Facebook post are mostly Australian-owned, with some having Canadian and Japanese ownership. Only one is an Australian joint-venture with a Hong Kong-based firm. Mengniu attempted to buy several of the brands, but was blocked by the Australian government in 2020.