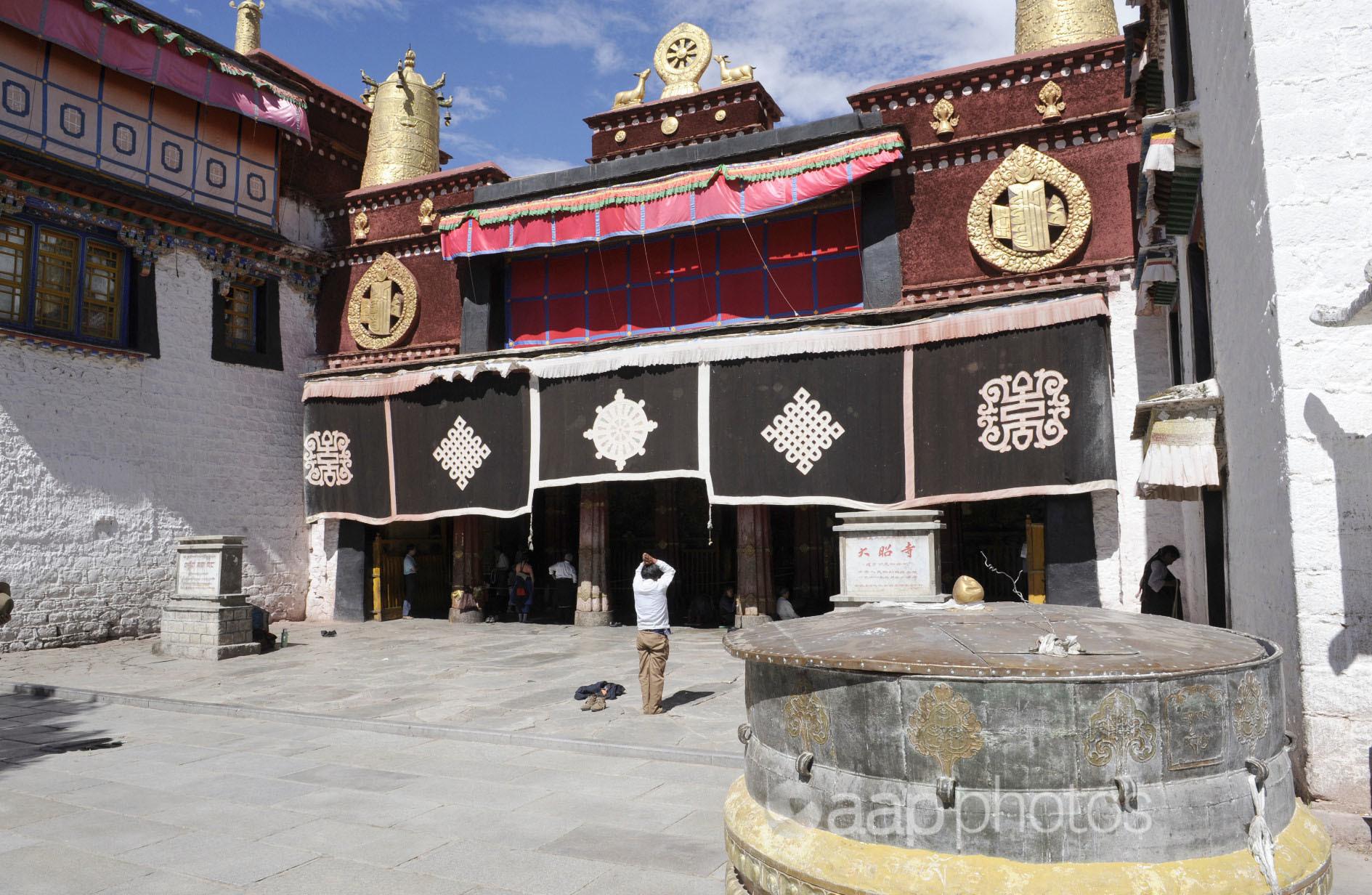 Claim of 10,000-year-old Tibet library find not worth paper it’s written on

A Facebook post claims that secret manuscripts uncovered in a Tibetan monastery detail more than 10,000 years of human history.

The February 8 post features an image of a man staring up at a wall of shelves stacked with piles of scrolls. The text reads, “Library found in Tibet with 84,000 secret manuscripts (books) which include the history of humanity of over 10,000 years!”

The post goes on to claim the find at “Sakia (sic) Monastery” is “possibly the largest library in the world on the distant history of the planet. It was discovered behind a huge wall”.

At the time of publication, the post had been viewed 7.5 million times and shared nearly 200 times, including by New Zealand users.

Tibet’s Sakya monastery contains a library of international renown, but its works don’t date back 10,000 years – which would predate the earliest known writing and recorded history.

The monastery was reportedly founded in 1073 by the Lama Khön Könchok Gyalpo. The initial temple, built to the north of a river, no longer remains, however a southern temple complex erected in 1268 still stands.

Sakya is one of Tibet’s four major schools of Buddhism and the monastery’s library, as shown here in a video tour, is considered one of Tibet’s cultural treasures.

It contains an enormous archive of texts including thousands of sacred Buddhist scriptures. Similar images to the one seen in the post can be found online (examples here, here and here).

The post states that the library includes more than 84,000 scrolls that were discovered “behind a huge” wall.

A 2010 Alamy photo caption contains matching details about the find, while a republished 2003 report from Chinese state media agency Xinhua includes many similar details, although it makes no mention of the manuscripts being “secret”.

However, AAP FactCheck was unable to independently verify the size or nature of the find. Several articles, including from Chinese news service CGTN, and travel sites Lonely Planet and Rough Guides, list a different number of works or make no mention of the purported recent “discovery”.

In addition, several experts said it was impossible that the most ancient works at the monastery could detail 10,000 years of human history as this would easily predate the oldest recorded writing.

“The claim is false,” Joshua J. Mark, an editor and researcher for the Ancient History Encyclopedia website, said in an email.

“The oldest known written literature of length is the Epic of Gilgamesh (c. 2150-1400 BCE) based on an earlier oral Sumerian tale or tales,” he said.

While modern humans are thought to have existed for at least 300,000 years, the period of recorded history is much shorter and is tied to the development of text 5,000 years ago.

“The consensus of scholarly opinion is that writing was invented in Mesopotamia by the Sumerians in the late 4th to early 3rd millennium BC; there is some uncertainty about how much later the Egyptian hieroglyphic script was invented, but it will have been around the same time or a little later,” he said in an email.

“These are the earliest scripts known, so the claim that these Tibetan texts are 10,000 years old is completely untenable.”

The first forms of writing to develop were in cuneiform or hieroglyphics carved into hard surfaces like clay and stone. Cuneiform was used in Mesopotamia (now Iraq) between 3400 and 3300 BC, according to a British Library article on the history of writing.

“Scholars generally agree that the earliest form of writing appeared almost 5500 years ago in Mesopotamia,” it says.

Mr Mark told AAP FactCheck: “(Sumerian) cuneiform text is considered the oldest written work (along with a Sumerian temple hymn) extant. There is no evidence of earlier works anywhere in the world and certainly none dating back 10,000 years.”

Regarding the reported library find, Mr Mark said it was possible the manuscripts predated the monastery being established in 1073.

“Certainly, the 84,000 texts could have been composed elsewhere and brought to the monastery for safekeeping after that date .. but if they went back 10,000 years, by this time, we would have found some other evidence of writing going back that far,” he said.

The scroll, made of papyrus, first emerged in Egypt around 5000 years ago, while early examples of paper from around 2000 years ago have been found in China. Buddhism was established approximately 2500 years ago.

Similar posts shared on social media state that the library contains “the history of mankind over 1000 years”, while others include the 10,000-year-old claim.

The post falsely states that the library at Tibet’s Sakya monastery contains manuscripts detailing 10,000 years of human history. Experts say the oldest known examples of writing and recorded history date back only around 5,000 years.

AAP FactCheck was unable to independently verify the claim that 84,000 “secret manuscripts” were discovered in the library’s wall, although some of this information is corroborated by news reports.