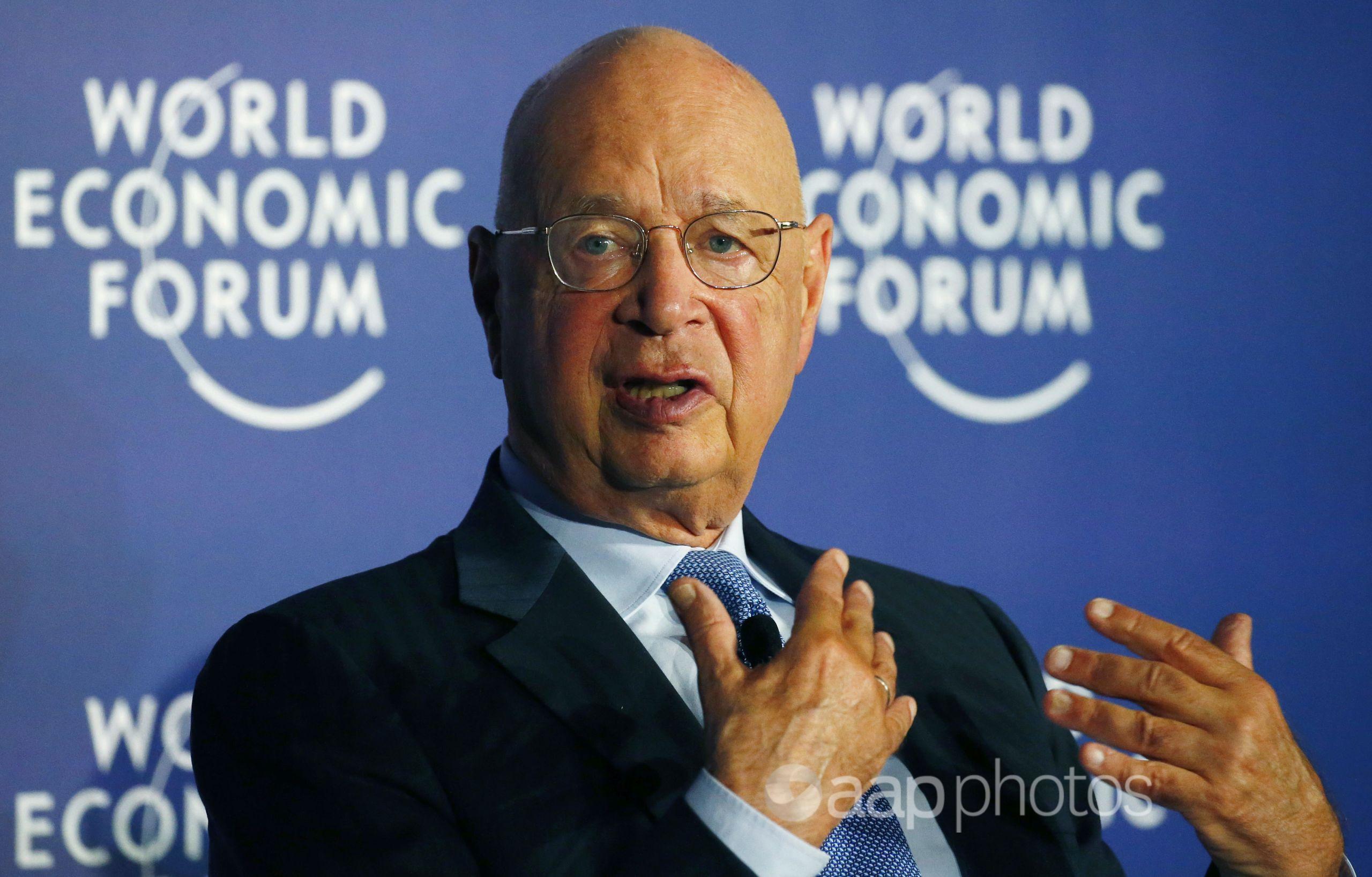 Professor Klaus Schwab is the founder and executive chairman of the World Economic Forum.

A Facebook post claims a book written by the executive chairman of the World Economic Forum detailed plans to depopulate the world through wars, organised epidemics and starvation.

The highlighted text mentions plans to kill off billions of people beginning with white populations.

“At least 4 billion ‘useless eaters’ shall be eliminated by the year 2050 by means of limited wars, organized epidemics of fatal rapid-acting diseases and starvation,” it says.

The post had been viewed more than 24,000 times and shared more than 340 times at the time of writing. It and other versions of the same claim (see here and here) state: “This is not a conspiracy theory. This is 100% real. Do your research.”

The passage included in the post does not come from World Economic Forum founder Klaus Schwab’s book on the opportunities for change following the COVID-19 pandemic.

Rather, it appears in a 30-year-old document by a British author who put forward numerous baseless conspiracy theories. That author, in turn, appeared to falsely link the text to acclaimed science fiction writer H.G. Wells.

Professor Schwab is a German engineer and economist who established the World Economic Forum in 1971 as a not-for-profit organisation with the stated aim of bringing together political, business, cultural and other leaders.

In 2020, the WEF, in partnership with Prince Charles, launched an initiative called “The Great Reset” to “reinvigorate and rebalance” the world after the disruption of the pandemic.

However, the term “Great Reset” has been “hijacked” by conspiracy theorists, who baselessly claim a group of global elites staged the pandemic in order to bring about economic collapse and install a new socialist world government, according to this BBC explainer.

Last year, Prof Schwab co-authored a book titled, Covid-19: The Great Reset, which discussed the impacts of the pandemic on the world and the potential for the world to “reset” to become “more inclusive, more equitable, more respectful of Mother Nature”.

AAP FactCheck confirmed that neither the text in the post nor its claims appear anywhere in Prof Schwab’s book.

“The World Economic Forum and Professor Schwab never published this and of course it is not at all aligned with our values,” he said in an email.

The text in the post can instead be found in a 1992 book by author John Coleman called, Conspirators’ Hierarchy: The Story of the Committee of 300, which claims a group of 300 powerful figures control the world.

Coleman claimed to be a former intelligence officer who uncovered the elite’s plan for a “godless one world-new world order government”. His book makes various other outlandish and unsubstantiated claims, including that the Beatles were part of a plot to brainwash the masses and introduce drugs to American youth.

His book includes the passage that can be seen in the post (page 105), which appears in italics after a section of text wrongly attributed to H.G. Wells’ 1928 book, The Open Conspiracy: Blue Prints for a World Revolution. It is not clear if Coleman claims the entire italicised section should be credited to Wells.

AAP FactCheck examined the text of Wells’ book, which details his vision on “the way the world ought to be ordered”, and confirmed the text from the post and Coleman’s document does not appear in the work.

The earlier italicised section of Coleman’s book, which does not resemble the text in the post or include related claims about wars, epidemics or depopulation, is instead taken from Wells’ 1902 book, Anticipations Of the Reaction of Mechanical and Scientific Progress Upon Human Life and Thought.

This section begins: “The Open Conspiracy will appear first, I believe as a conscious organization of intelligent, and in some cases wealthy men, as a movement having distinct social and political aims…”

WEF chairman Klaus Schwab’s book COVID-19: The Great Reset does not include the text highlighted in the post, which baselessly suggests a plan to depopulate the Earth by four million people. Rather, the text appears in a 1992 book from an author associated with various conspiracy theories.