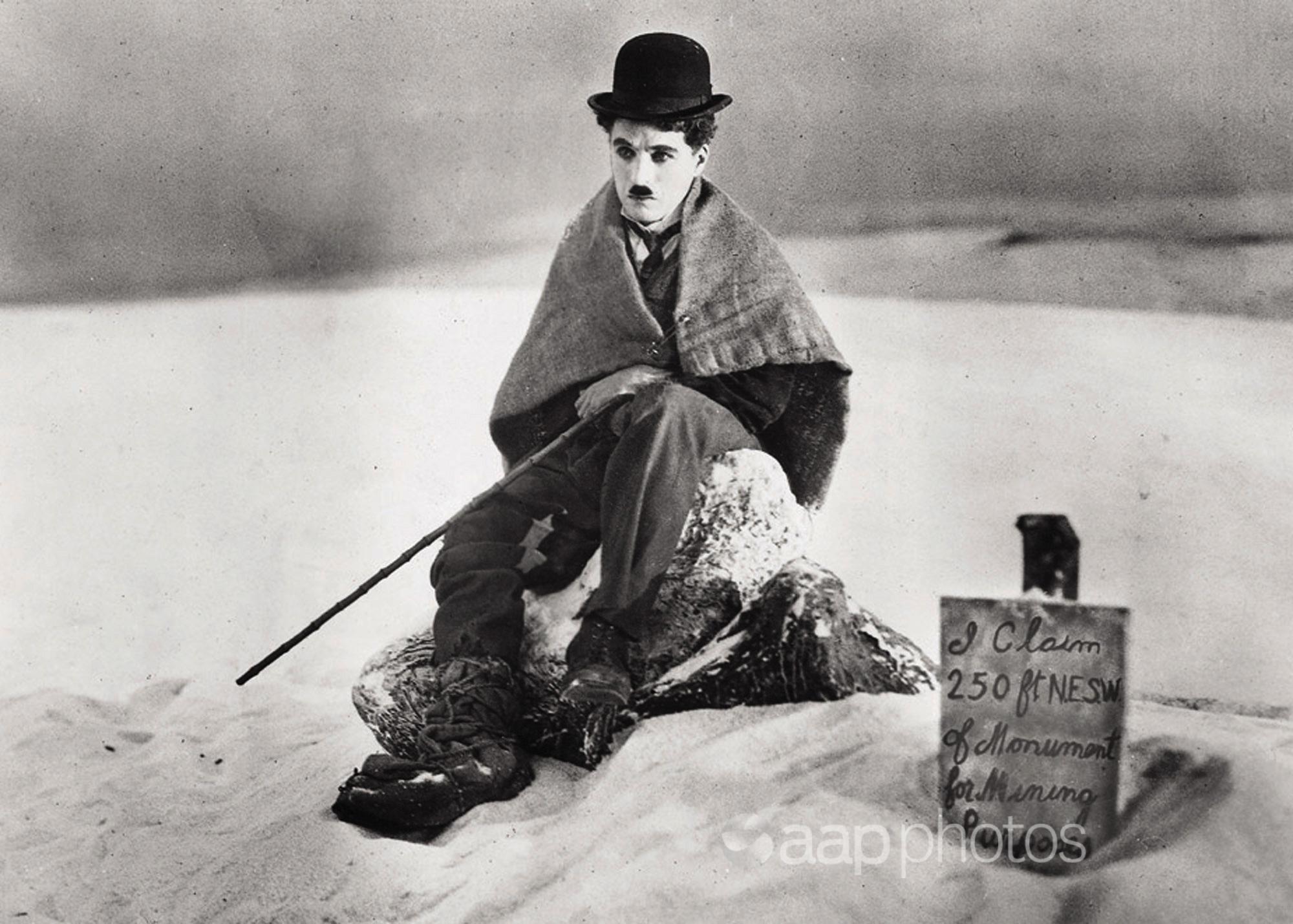 Legendary silent film actor-director Charlie Chaplin in a scene from the 1925 film The Gold Rush.

Did Charlie Chaplin say the ‘world’s best doctors’ include sun, rest and exercise?

“(1). Nothing is forever in this world, not even our problems.

“(2). I love walking in the rain because no one can see my tears.

Another Facebook post, which has been shared more than 60,000 times, features the same quotes and image – a colourised photo of Chaplin alongside American actor Jackie Coogan on the set of The Kid in 1921.

Charlie Chaplin made 81 films in a career spanning 53 years (1914-1967) from silent pictures to the colour era – but it’s far from black and white that every pithy phrase attributed to the legendary filmmaker is legitimate.

The Chaplin meme dates back at least five years, with a post from April 2015 featuring three of the actor-director’s purported sayings before listing several other statements including the “six best doctors” quote. That post claimed to mark Chaplin’s 125th birthday, which was incorrect as he was born on April 16, 1889, not 1890.

The post’s first quote is taken from Chaplin’s 1947 feature film Monsieur Verdoux: “Nothing is permanent in this wicked world, not even our troubles.” (57min 50sec mark)

Chaplin expert Dan Kamin, who helped prepare Robert Downey Jr for his lead role in the 1992 movie Chaplin and authored the book The Comedy of Charlie Chaplin – Artistry in Motion, confirmed the quote.

“By the way, the line is spoken by Chaplin as the title character, a serial killer who has picked up a prostitute on the street to test a poison on her. There’s sentiment for you,” Mr Kamin told AAP FactCheck.

“This was Chaplin’s second-to-last film in America, and a resounding flop with the postwar audience.”

The saying “I love walking in the rain because no one can see my tears” is credited here to Chaplin’s 1964 book My Autobiography. However, a search for the phrase and key words in the digital version returned no matching results.

Kate Guyonvarch, managing director of The Chaplin Office in Paris, which represents the Chaplin family and manages his archives, told AAP FactCheck the quote was “absolutely, definitely not” in My Autobiography.

Mr Kamin agreed, saying it sounded “much too simplistic” and “corny” for Chaplin.

The third quote, “The most lost day in life is the day we don’t laugh”, is “attributed to Chaplin everywhere”, according to Ms Guyonvarch.

“To be honest, we have even licensed the use of the Chaplin image in conjunction with it occasionally, as people are so adamant he said it – but we have never found a source for it,” she said via email.

The phrase is much older than Chaplin and dates back to 1795, when the literary magazine Mercure de France reprinted a collection of maxims by French writer Nicolas Chamfort. One of them (on page 351) reads: “La plus perdue de toutes les journées est celle où l’on n’a pas ri.” (The most lost of all days is the day we haven’t laughed)

Ms Guyonvarch told AAP FactCheck the post’s fourth saying about six doctors could not be attributed to Chaplin.

“No, Chaplin did not say or write any of that,” she said.

The six doctors saying has been previously attributed to both a fictional billionaire and Apple founder Steve Jobs, but those claims have been debunked.

A 1996 book by English professor Wayne Fields, titled What the River Knows: An Angler in Midstream, includes a nursery rhyme closely matching the “six doctors” saying (page 66) without attributing it to Chaplin. The same nursery-song version, under titles such as “Doctors Six” or “the Six Good Doctors”, was published in journals as far back as in 1909 (see examples here, here and here), predating Chaplin’s career.

Mr Kamin told AAP FactCheck the six doctors saying, like the “walking in the rain” statement, was too simplistic for Chaplin, “who had a particular love for throwing highbrow words like ‘neologism’ and ‘atavistic’ into his speech and writings”.

Only the first of the four phrases – that taken from the film, Monsieur Verdoux – can be attributed to Charlie Chaplin with any certainty.

While one of the remaining phrases is widely credited to Chaplin, the source has not been confirmed. The other two quotes can be traced to texts that either predate the famous actor-director’s life or were published early in his career without being credited to him. Experts say these statements can’t be attributed to the film great.