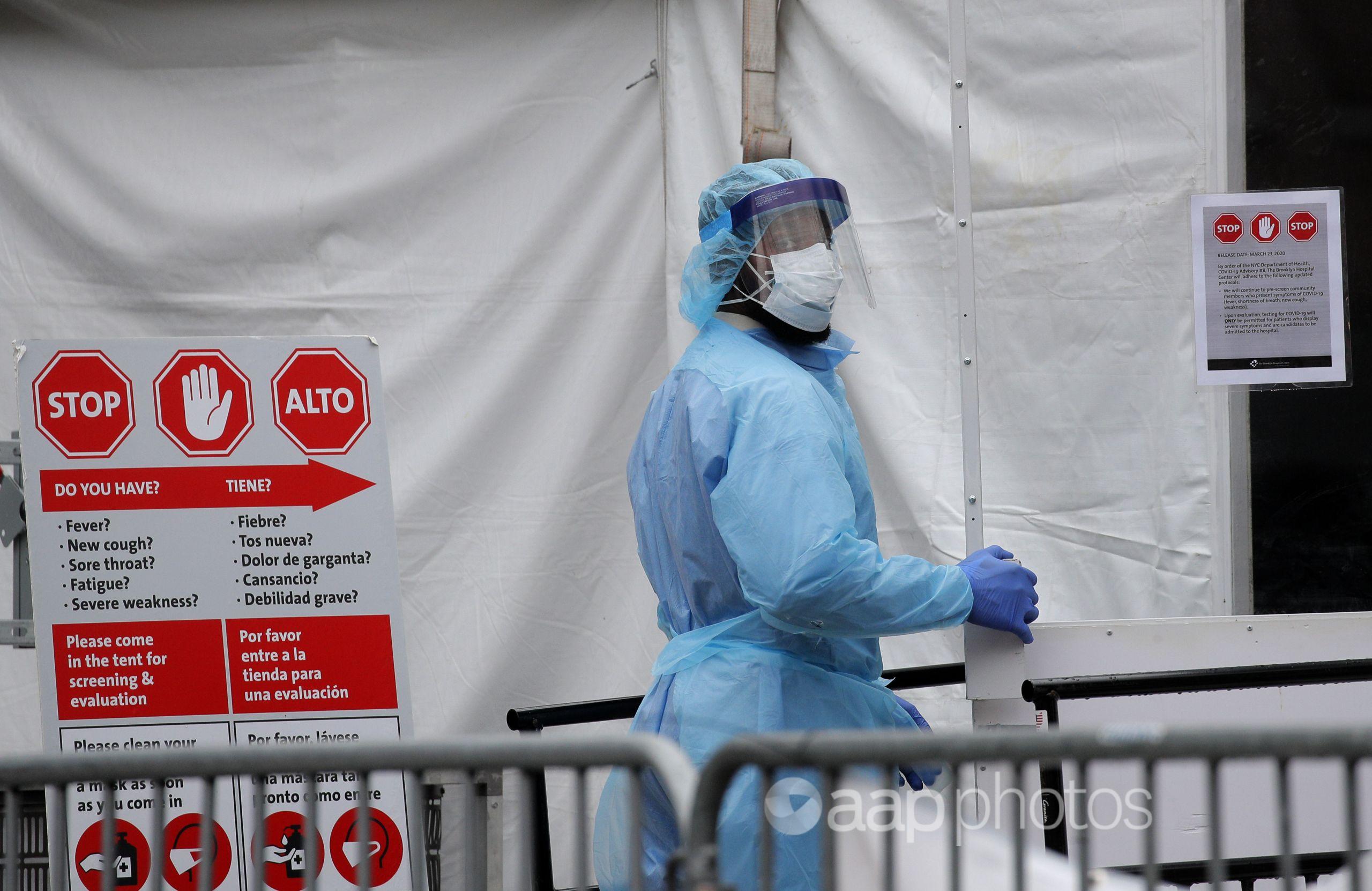 False claims about viruses and COVID-19 in Facebook video

As global cases of COVID-19 exceed one million, a video circulating on Facebook attempts to cast doubt on the existence of the potentially deadly virus.

The March 31 video posted to Facebook, uploaded after the original was taken down, makes a number of false and unsubstantiated claims, including that humans can’t catch viruses, that viruses are solvents and that viruses aren’t transmissible between species or between humans.

COVID-19 infection cases have now passed 5,700 in Australia, with the death toll at 36. The video, created by an Australian anti-vaccination campaigner and one-time political candidate, Tom Barnett, claims “you cannot catch a virus,” that viruses “do not attack cell tissue” and that “viruses are not living”.

Viruses are parasitic biological entities that have genetic material contained inside a protein coat or shell.  They invade cells of other organisms and hijack them to reproduce themselves. The first virus know to affect humans, Yellow Fever, was discovered in 1901.

University of Sydney Postdoctoral Fellow Dr Hannah Sassi told AAP FactCheck that humans can catch viruses and do so in different ways depending on the type of virus. “We can inhale them, we can ingest them, or get them through skin contact and punctures,” she said.

Viruses attack the cells within the tissue, not the tissue itself, said Dr Sassi. In biology the term tissue refers to a group of cells with a similar structure that function together as a unit.

There is some scientific debate over whether viruses should be classified as “alive” because they rely on other organisms to survive and reproduce. According to University of California Professor of Molecular Biology Luis P. Villarreal, scientists have grappled with how to define viruses for 100 years: “First seen as poisons, then as life forms, then biological chemicals, viruses today are thought of as being in a gray area between living and nonliving,” he wrote.

In the video, the speaker states: “viruses are nothing more than a solvent” that are “created within the cells of the body”.

Dr Sassi told AAP FactCheck that solvents are chemical solutions that have nothing to do with viruses. “Viruses are a genome, which means it has DNA and RNA and they reproduce. Chemicals don’t reproduce,” she said.

The video also claims that viruses detoxify the cells within the body and “what needs cleaning out of the cells are environmental toxins, such as heavy metals, plastics, any type of industrial pollutants”.

Dr Sassi said viruses are unrelated to toxins, heavy metals, plastics, or any type of industrial pollutants. “The virus is just trying to reproduce to survive,” she said.

The video then says “viruses are specific to certain cells in the body. A virus that attacks the lungs will not affect the kidney”.

Most viruses are specific to certain types of cells, but they can also travel to different parts of the body, Dr Sassi said. “One virus that is really good at replicating once inside the body is Ebola Virus. It will replicate until it’s in the bloodstream, then once it’s in the bloodstream it can be carried throughout the body,” she said.

Ebola targets the liver and the immune system, preventing the body from clearing toxins from the bloodstream and allowing it to travel.

Humans can transmit viruses. When a person becomes infected with a virus, their body can become “a reservoir of virus particles, which can be released in bodily fluids – such as by coughing or sneezing,” writes Bond University Associate Professor Lotti Tajouri. Viruses are transmitted when particles either end up on a new potential host or an inanimate object, he says.

Humans can contract swine flu, avian flu and other types of viruses from animals, according to the federal Department of Health. These viruses are types of zoonotic diseases, which can be spread when humans come into direct contact or indirect contact with infected animals, through insect bites and contaminated food or water, according to the US Centers for Disease Control.

Australian National University Professor of Immunology and Infectious Diseases David Tscharke told AAP FactCheck many viruses require more than one species. “Think about dengue fever: the virus grows in mosquitoes and it also grows in the affected people,” he said.

Barnett then recommends people “don’t get a flu shot”.

A federal Department of Health spokesperson told AAP FactCheck in an email that everyone six months or older should be vaccinated against influenza during April to avoid a “double-up of flu and coronavirus”.

Barnett also asks: “Who is actually counting these deaths, and who’s actually verifying that the deaths aren’t from any standard flu?”

The spokesperson for the federal Department of Health said the department is notified by state and territory health departments.

“The current case definition for the notification of a COVID-19 case, including associated deaths, requires laboratory confirmation for the detection of SARS-CoV-2 (the virus that causes COVID-19),” the spokesperson said.

Based on the evidence, AAP FactCheck found the claims in the video to be false. Humans can transmit and catch viruses, viruses can spread from animals to humans, viruses do not clean “toxins” out from cells and a virus is not a “solvent” but rather is a parasitic entity containing genetic material.