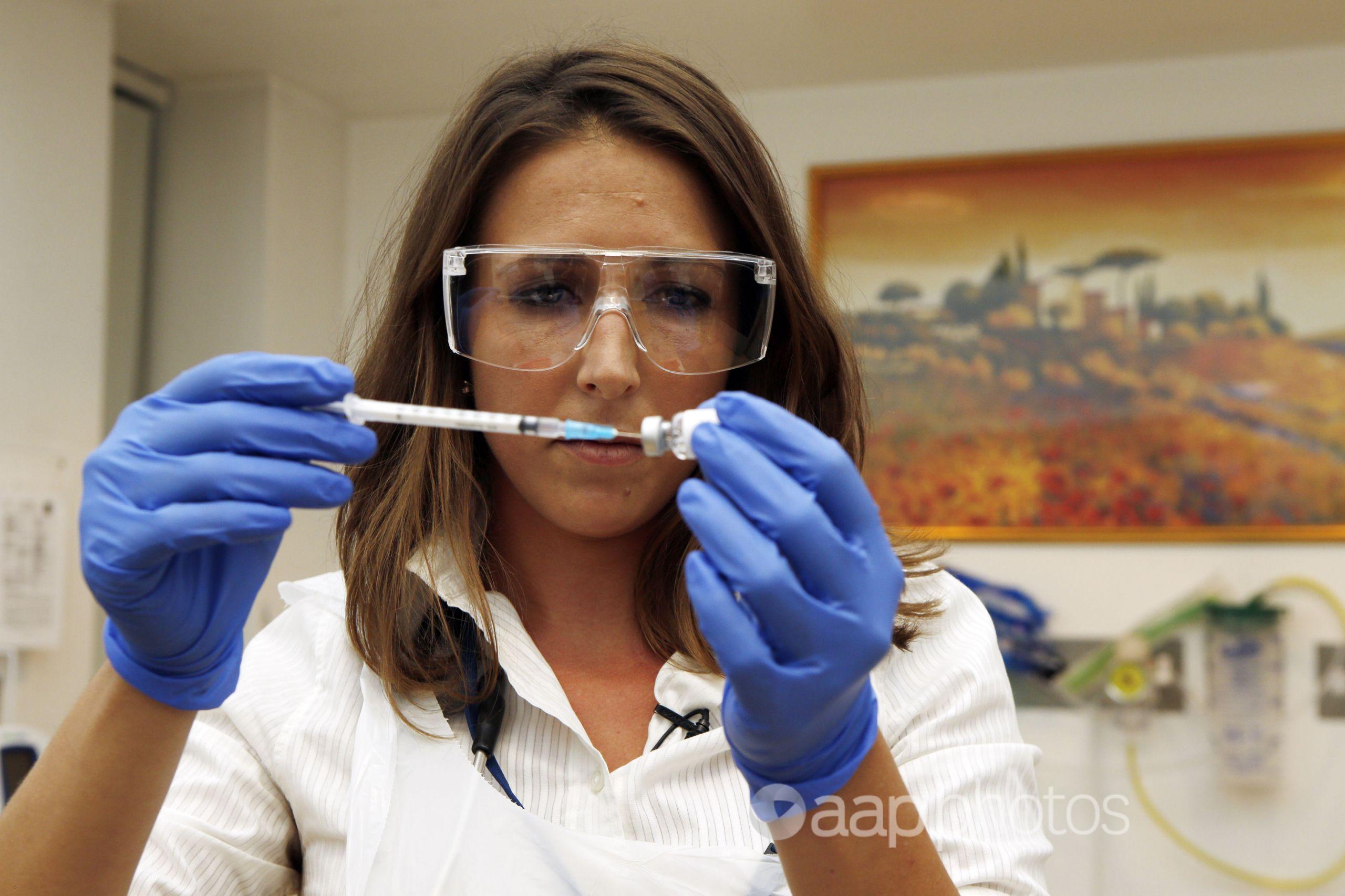 The flu vaccine was developed in the 1940s, according to Centers for Disease Control and Prevention.

As the race to find a COVID-19 vaccine continues, a Facebook post highlights a pandemic more than a century ago to warn of the ill effects of vaccines.

The post features an image of a giant glowing syringe above rows of hospital beds and reads, “The 1918 Spanish Flu did not kill 50,000,000 people! Vaccines that the govt forced them to take did and they are repeating the same pattern now.” It ends with the claim, “50 million dead from 1918 flu vaccine”.

The Spanish Flu pandemic of 1918 was the most severe pandemic in recent history, according to the Centers for Disease Control and Prevention (CDC). With “genes of avian origin”, the virus infected an estimated 500 million people or one-third of the world’s population and killed around 50 million people.

Mortality from the pandemic was high in children under five and people aged between 20-40 and 65 and older. Efforts to control the spread were limited to isolation, quarantine, good personal hygiene, use of disinfectants, and limitations of public gatherings.

In 1918, Smallpox, Rabies, Typhoid, Cholera and Plague were the only vaccine-preventable diseases, according to a CDC report (see table 1).  Influenza was first established as being caused by a virus in the 1930s and the first flu vaccine was developed in the 1940s in the US.

Dr Peter Hubbins, a medical historian and expert on the history of the Spanish Flu in Australia, said there were several vaccines created in Australia and overseas to protect against the Spanish Flu using bacteria drawn from the lungs of people infected.

“The fundamental problem with all 1918-19 vaccines is that they were developed against bacteria. Therefore the vaccines were technically created against the ‘wrong’ organism and theoretically had no protective value,” he told AAP FactCheck in an email.

Dr Hubbins said many victims also suffered from secondary bacterial infections and it was possible bacterial-based vaccines potentially reduced the severity and mortality of the Spanish Flu among those who were vaccinated.

“Vaccines in those days were rather crude and people may have felt unwell after receiving them, but it is completely wrong to suggest that there would have been 50 million deaths worldwide due to their use,” he said.

Variations of the post have been in circulation since at least 2009 and have previously been debunked here and here.

Based on the evidence, AAP FactCheck found the claims in the Facebook post to be false. There is no evidence to support the claim a flu vaccine killed 50 million people during the 1918 Spanish Flu. According to the Centers for Disease Control and Prevention, the first influenza vaccine was developed in the 1940s.