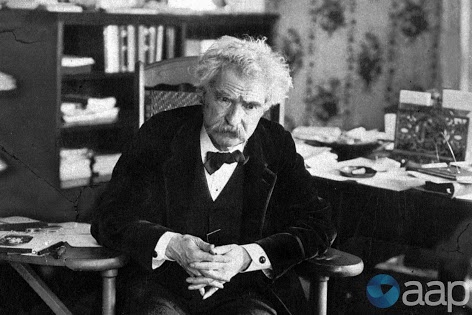 The quote is not by Mark Twain but Christian Nestell Bovee, says an expert.

“Kindness” quote is not by Mark Twain

The quote reads, “Kindness is the language which the deaf can hear and the blind can see.”

Agape Outreach Inc’s page has more than 4000 likes. The group was founded in 1999 and it provides “meals and support for the homeless & needy on the Gold Coast and in the Tweed Shire”.

Mark Twain (1835-1910) was a gifted author, journalist and humourist who is best known for the novels The Adventures of Tom Sawyer in 1876 and Adventures of Huckleberry Finn in 1885. Twain is regarded as one of America’s greatest writers.

Dr Seybold referred AAP FactCheck to a June 2017 article he wrote for the Center for Mark Twain Studies titled ‘The Apocryphal Twain: “Kindness Is Language The Deaf Can Hear.” In the article he writes that “there is perhaps no greater testament to Twain’s lasting reputation than the habitual misattribution of miscellaneous wit and wisdom to his name”.

“If the aphorism in question indicates a sentimental, nostalgic, or otherwise optimistic attitude towards humanity, it probably didn’t come from Twain.”

Dr Seybold credited the origin of the quote to Bovee’s book, Thoughts, Feelings, & Fancies (1857) which includes the line: “Kindness. Language which the dumb can speak, and the deaf can understand.”

The attributed Twain quote also does not appear in www.twainquotes.com, a site which describes itself as a “Directory of Mark Twain’s maxims, quotations and various opinions”.

The only quote from twainquotes.com featuring the word “kindness” is, “Never refuse to do a kindness unless the act would work great injury to yourself, and never refuse to take a drink – under any circumstances”. The quote is from Mark Twain’s Notebook.

Barbara Schmidt, a researcher, writer and consultant for Mark Twain related projects and also twainquotes.com owner, told AAP FactCheck “there is no evidence this quote originated with Mark Twain”.

According to Quote Investigator, a website which traces the origin of quotes, a version of the “kindness” quote was first attributed to Twain in 1942 by columnist Walter Winchell in the St Petersburg Times – 32 years after Twain’s death.

AAP FactCheck was able to trace the quote as first appearing on Facebook to at least April 2007.

Based on this evidence, AAP FactCheck found the attribution of the quote to Mark Twain to be false.  The quote about “kindness” was not by Twain but by American writer Christian Nestell Bovee in 1857.