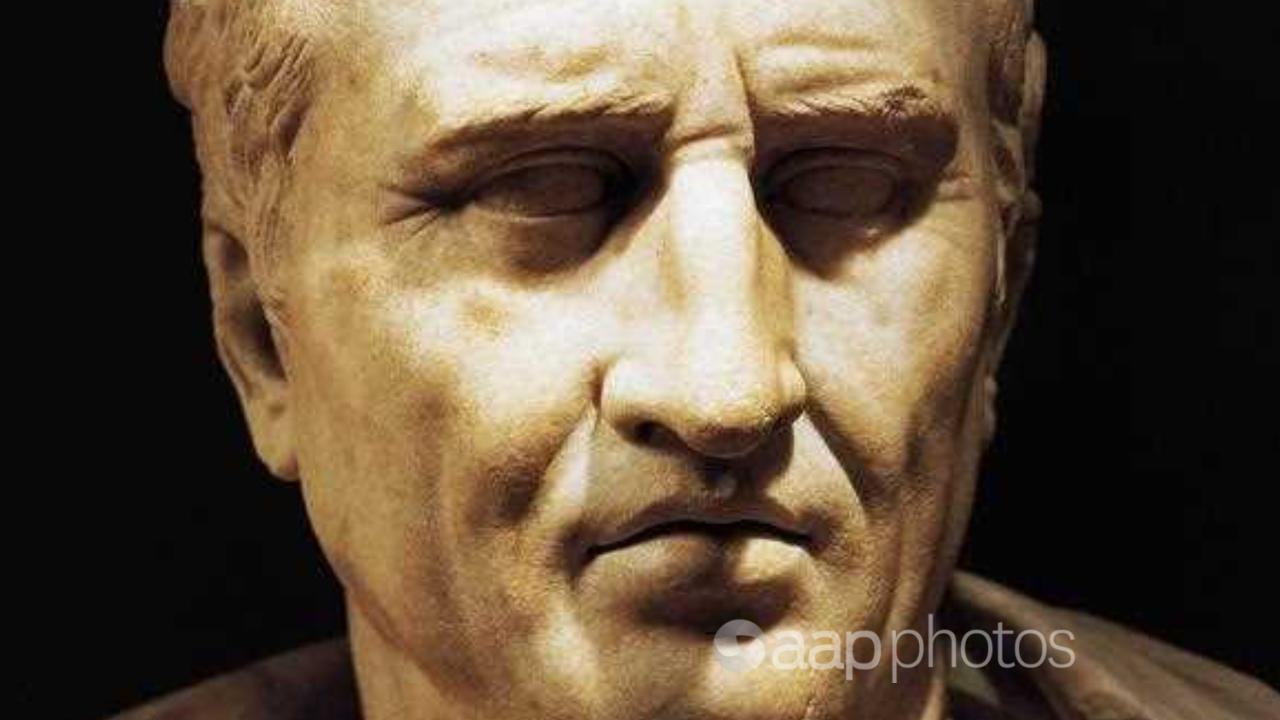 A widely shared meme attributes a series of pithy observations to the Roman politician and philosopher Marcus Cicero, with the text adding that although the musings were “written in 43 B.C.” they were “valid even today”.

Cicero’s purported words were shared by a New Zealand-run Facebook page on October 21. The post had attracted more than 400 shares, 340 reactions and 27,000 views at the time of publication.

The meme begins with the words: “Marcus Cicero (43 BC) of the Roman empire wrote this amazing wisdom.”

Users in several countries have posted the same meme, with many of the posts attracting hundreds of shares (see here, here, here and here).

Marcus Tullius Cicero was born in 106 BC and rose to become a member of the Roman senate, at one point taking on Rome’s highest office as consul. He was murdered in 43 BC, however his thoughts are preserved in his writings and speeches he made as both a lawyer and senator.

Cicero’s death followed the fall of the Roman Republic, which he fought to save from a series of rulers who attempted to take control of the empire. He is renowned as a public speaker, politician and philosopher, according to the Internet Encyclopedia of Philosophy.

In a YouTube video, Cicero scholar Gesine Manuwald, a professor of Latin at University College London, describes Cicero as one of the greatest orators of the Roman Republic.

Cicero left behind a bulk of written material, and is the subject of numerous quote pages online, such as here and here.

The quote attributed to Cicero in the Facebook meme has been widely shared on the internet for several years in differing forms.

An early example, from August 2012, features 11 witticisms instead of nine. It was posted to OccupyForum, part of a site linked to the Occupy Wall Street movement.

It was provided by forum member “Benjamin“, who provides no information about the source of the purported Cicero quote.

The same 11 observations were shared again in December 2013 in a Quora thread about famous Cicero quotes. However the quote is not drawn from any of Cicero’s works, according to two academics familiar with his writings.

Sean McConnell, head of classics at Otago University in Dunedin, told AAP FactCheck in an email that he could not “think of anything in Cicero that would lend itself to this meme”.

“It is quite strange,” said Dr McConnell, who is the author of Philosophical Life in Cicero’s Letters.

Professor Jon Hall of Otago University, whose research focuses on Cicero’s letters and speeches, said in a phone interview that the modern language of the meme, such as its use of the word “goons”, immediately suggested the words did not belong to Cicero.

Prof Hall said he had never seen the content of the meme in any of Cicero’s works, which included 58 speeches, 17 treatises and some 900 letters.

“To me it seems like somebody’s come up with this cynical take on the world. By hanging it on Cicero it kind of gives it a patina of authority, or of longevity.’

Prof Hall, who is the author of Politeness and Politics in Cicero’s Letters, added that the tone of the meme did not align with Cicero’s views.

“At one stage he opposed some plans for land distribution to the poor – successfully,” he said.

“He was through and through a senatorial man; and even though he was not from a traditional aristocratic family, he was still aligned with the conservatives.

“It’s got to be remembered that the senate had a property qualification, which was equivalent to millions of New Zealand dollars. He’s not a rags-to-riches kind of guy; his father, even though he wouldn’t have been in the senate, was still a very rich man.”

A 2016 Snopes factcheck on the list of 11 observations attributed to Cicero noted that as a renowned lawyer and politician it was unlikely he would have “excoriated” those professions.

There is no evidence that Cicero is the source of the observations included in the meme. Two academics told AAP FactCheck the purported quotes were not contained in his writings, nor were they consistent with his known views.