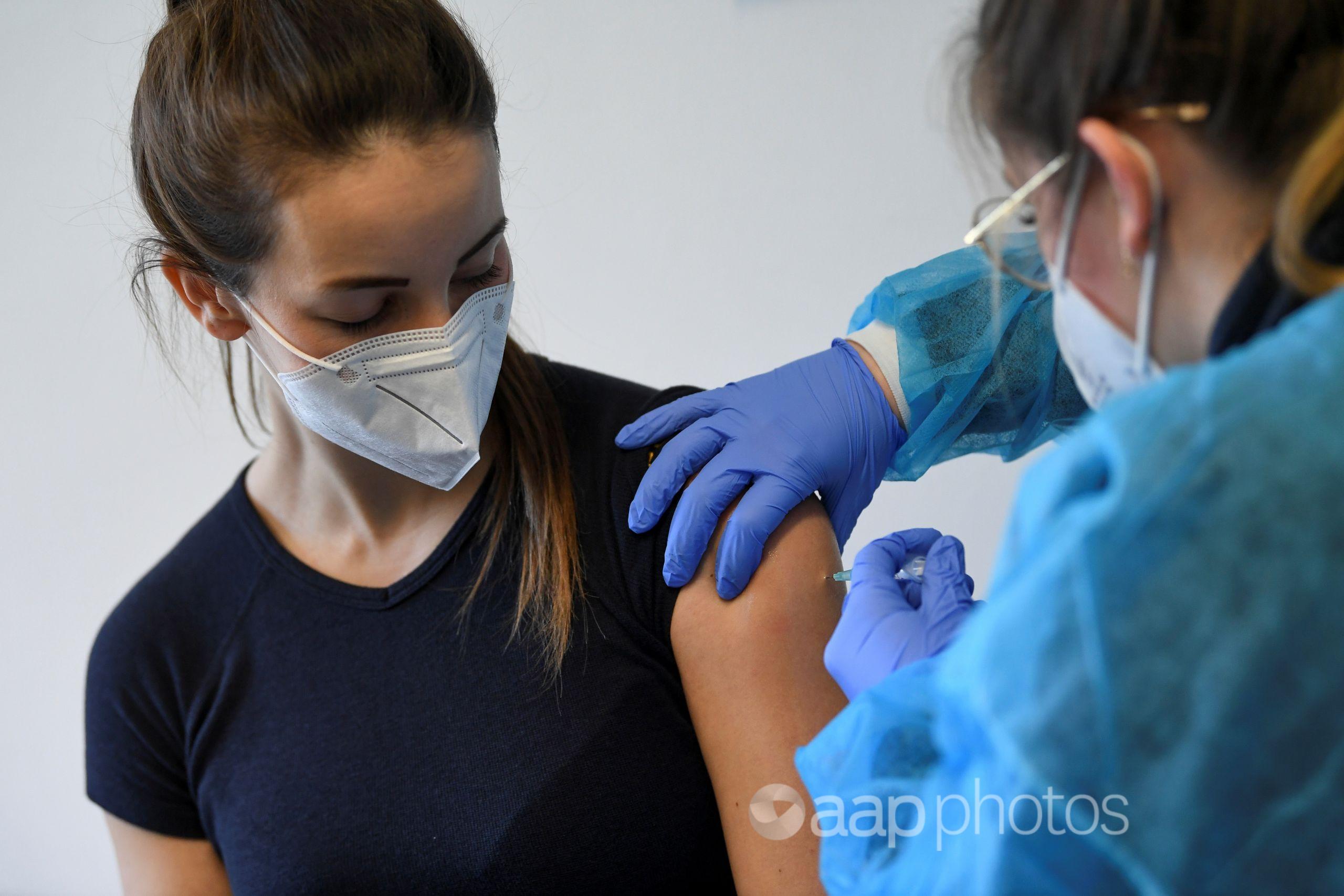 No evidence of ‘delayed killswitch’ in mRNA vaccines

A social media video falsely likens COVID-19 mRNA vaccines to a “delayed killswitch”, claiming they will cause the immune system to attack a person’s cells and organs should they encounter the coronavirus.

An Instagram video, shared on March 6 by an Australian account, features osteopath Carrie Madej, who claims that in the past 20 years researchers experimented with mRNA vaccines on animals and had “terrible results”. She claims initially the animals elicited a robust immune response but when challenged by the virus or bacteria they got “sicker or died”.

She says the immune response is called a “cytokine storm”, adding that people who received mRNA COVID-19 vaccines could expect a similar response. She also claims researchers “skipped animal trials with (the COVID-19 mRNA) vaccines” because “they don’t want anyone to know that”.

Despite the video’s claims, experts say there is no evidence that suggests COVID-19 mRNA vaccines will cause a “cytokine storm” response in humans when they encounter the virus post-inoculation.

Two COVID-19 vaccines based on messenger RNA – or mRNA – platforms have been approved for emergency use in the US. These vaccines, from Pfizer/BioNTech and Moderna, cause the body to produce a protein that triggers an immune response, producing antibodies that can prevent SARS-CoV-2 infection.

In the video, Carrie Madej, an osteopathic physician, makes a number of claims about the safety of mRNA vaccines, including that they will cause a delayed severe immune response called a cytokine storm when recipients later encounter the coronavirus.

Markus Hofer, a senior lecturer at the University of Sydney researching cytokines and immune responses in the central nervous system, said a cytokine storm was essentially an “overshooting of the immune response” that could lead to organ failure.

He told AAP FactCheck that cytokines were “molecular messengers” that help control how the immune system responds to pathogens. Their production was normally kept under tight control, but a cytokine storm could occur when the body produced too many in response to a situation like an infection.

However, in relation to the video’s claims, Bali Pulendran, a professor of microbiology and immunology from Stanford University, said he was not aware of any reports of cytokine storms being associated with COVID-19 mRNA vaccines, noting that they had been tested in “tens of thousands of people in vaccine efficacy trials”.

Prof Pulendra added that the use of modified mRNA was a relatively recent development in vaccine treatments.

“Normally, the mRNA can be recognised by some receptors in the immune system and this can give rise to cytokine production and activation of the immune system,” he told AAP FactCheck in an interview.

“But what these companies have done is chemically modify the mRNA so that it is unable to stimulate these (immune) receptors.”

In the video, Madej refers to unspecified mRNA animal studies “in the past 20 years” which showed vaccinated animals died when later challenged with a virus. She also claimed these negative results were the reason why researchers “skipped the animal trials for (the mRNA COVID-19 vaccines)”.

A 2012 study involving possible vaccines for the SARS coronavirus did highlight that some mice became ill after vaccination when challenged with the live virus. However, none were based on mRNA technology and the study’s lead author told Reuters in February that the COVID-19 inoculations were based on “very different vaccine platforms”. None of the mice died from the virus.

Similarly, a 2016 study highlighted an increased risk of lung inflammation in mice treated with an inactivated vaccine for the MERS coronavirus. Again, the study did not relate to mRNA-based vaccines.

Contrary to a claim in the video, Pfizer’s mRNA vaccine was tested on both mice and rhesus macaque monkeys, inducing “strong antigen-specific immune responses” with “no evidence of disease enhancement”. Moderna’s candidate was also tested on rhesus macaques, leading to the conclusion that it “induced robust SARS-CoV-2 neutralising activity, rapid protection in the upper and lower airways, and no pathologic changes in the lung”.

Similar claims regarding cytokine reactions and COVID-19 mRNA vaccines have been debunked by Snopes and Reuters, while AAP FactCheck has previously addressed other misinformation relating to mRNA vaccines here and here.

There is no evidence to support the claim that COVID-19 mRNA vaccines will induce a “cytokine storm”, according to experts.

The video also falsely claims that Pfizer and Moderna “skipped” animal trials for their vaccines. In fact, successful animal and human trials were completed for the inoculations.