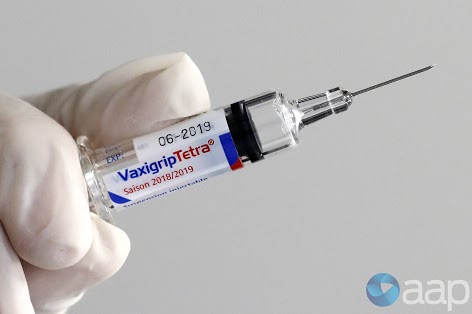 The Department of Health says every vaccine needs to pass strict safety testing before the Therapeutic Goods Administration will register it for use in Australia.

AAP FactCheck examined a Facebook post from September 12, 2019 by an Australian user which starts: “Yes, vaccines do cause cancer.”

The post has been shared more than 200 times and attracted more than 150 reactions and 15 comments.

The World Health Organization (WHO) is the United Nations agency focused on combating disease and improving health standards. The WHO says that vaccination is safe, with any side-effects usually being minor and temporary – such as a sore arm or mild fever.

The WHO says more serious side effects from vaccines “are possible, but extremely rare” and that an individual is “far more likely to be seriously injured by a vaccine-preventable disease than by a vaccine”.

The WHO says any licensed vaccine is rigorously tested across multiple phases of trials before being approved for use, with regular reassessments made after it is introduced.

Australia’s federal Department of Health says every vaccine needs to pass strict safety testing before the Therapeutic Goods Administration (TGA) will register it for use in Australia.

The Department of Health says the approval process, which involves thousands of people taking part in large clinical trials, means it can take up to 10 years for vaccines to become available to the public.

Prof Leask, who is also a member of the WHO standing committee on Immunization and Vaccines related Implementation Research – said the claim vaccinations cause cancer was “absurd”.

“This is a reasonably common claim made by people who don’t believe in vaccination at all and want to claim that vaccines cause all manner of ills and that these sorts of things have been subjected to a gigantic cover-up,” she told AAP FactCheck.

“There’s no evidence to back up that claim. It’s just an absurd claim.”

Vaccine safety in Australia is monitored by the  AusVaxSafety program, which is overseen by the NCIRS and funded by the Department of Health. The organisation monitors adverse events following immunisation and facilitates early detection of potential vaccine safety issues.

In the United States, scientists with The Centers for Disease Control and Prevention, America’s leading national public health institute, work to identify risk factors that can lead to conditions like cancer, stroke, heart disease, and autoimmune diseases such as lupus or rheumatoid arthritis.

The CDC says there is no “plausible biologic reason to believe vaccines would cause any serious long-term effects.”

“Based on more than 50 years of experience with vaccines, we can say that the likelihood that a vaccine will cause unanticipated long-term problems is extremely low,” it said in a guide to parents.

The CDC says  vaccines may cause side effects but these are mostly “very minor”, typically only last a few days and are treatable, with serious reactions “very rare”.

The Australian Academy of Science, in a 2017 document dealing with questions and answers about immunisation, noted that while immunisation protects individuals from a specific disease and its immediate complications, it “may also have long-term protective effects – from cancer and other chronic conditions”.

Full Fact, an independent UK fact-checking organisation, has also investigated a claim that no vaccine has been tested to see if it causes cancer and found this to be false.

“All vaccines have to undergo a series of trial phases, which last years, to check whether they cause any side effects. And no vaccines given in the UK contain enough of any chemical to be carcinogenic,” it said.

Based on this evidence, AAP FactCheck has found the post to be false. The World Health Organisation states that vaccination is safe. In Australia, health authorities subject vaccines to safety testing that can include long-term trials before approval. University of Sydney public health and immunisation expert Professor Julie Leask said there is no evidence to support a claim of a link between vaccination and cancer.

False – The primary claims of the Facebook posts are factually inaccurate.