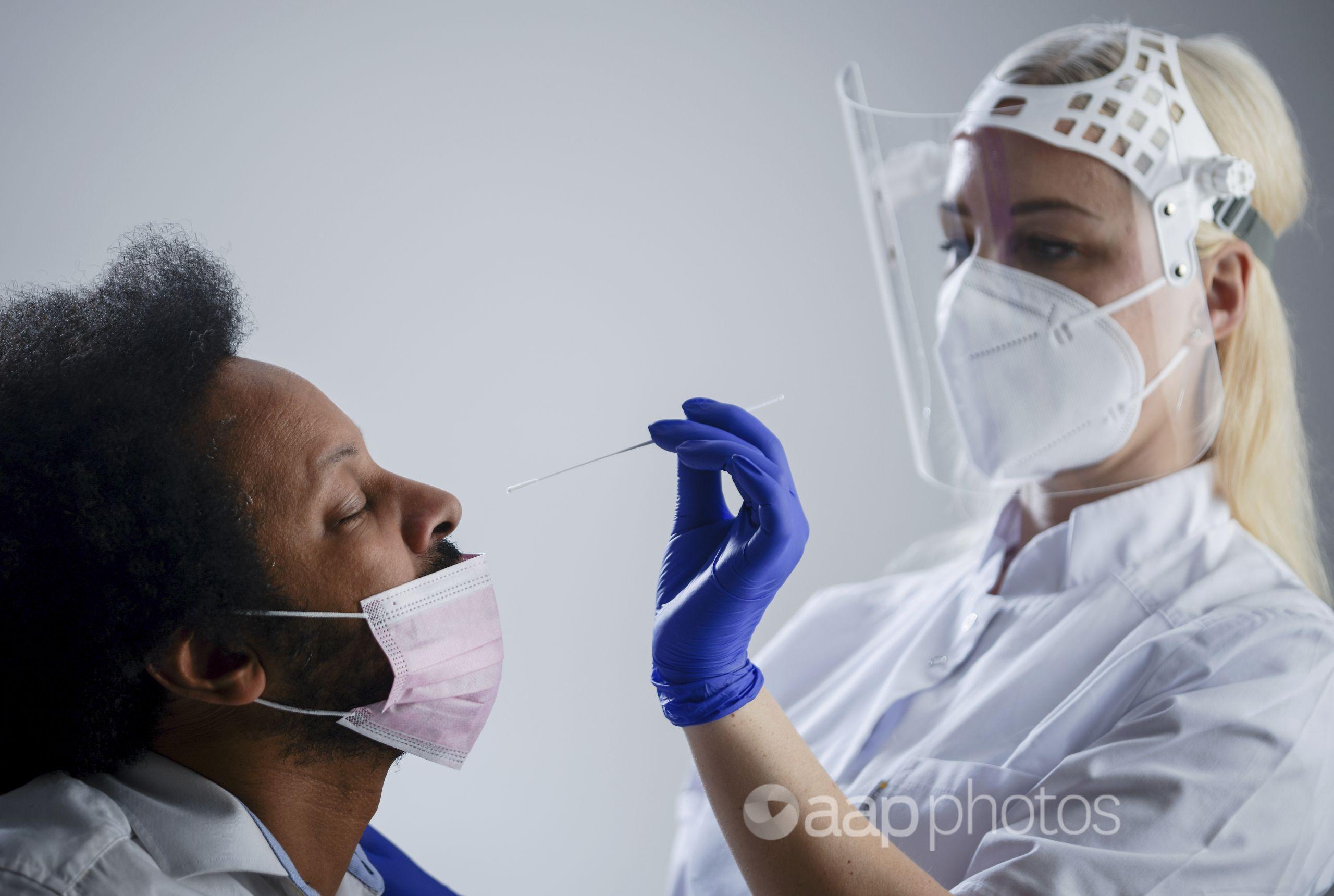 No, PCR tests for COVID-19 won’t give you cancer

A number of social media posts claim the PCR tests widely used to diagnose COVID-19 contain ethylene oxide, which can cause cancer.

A Facebook post shared by an Australian user on April 5 begins by saying PCR tests are the reason “we are all losing our Freedom!”

The post then claims PCR tests contain “ethyl (sic) oxide which is carcinogenic and mutogenic (sic)”.

Variations of the post have been shared widely, including by Australian pages, as well as in Canada. Collectively the Facebook posts have been viewed tens of thousands of times.

Experts told AAP FactCheck that any amounts of the chemical remaining on test swabs after cleansing would be barely detectable and pose no risk to human health.

Since the first COVID-19 case was reported in Australia in January 2020, more than 16 million COVID-19 tests have been conducted, according to the Department of Health.

PCR tests commonly involve the insertion of a long nasal swab into the nose to reach the back of the throat in order to obtain a fluid sample. The swab is then analysed by lab technicians to detect the presence of the SARS-CoV-2 virus, which causes COVID-19.

Dr Gaetan Burgio, an expert in genetics and infectious diseases from the Australian National University, told AAP FactCheck that ethylene oxide is used to sterilise PCR swabs in COVID-19 tests to ensure no contaminants are present, but it is not part of the PCR test itself.

Ethylene oxide is a man-made chemical that is often used in gaseous form as a sterilising agent in healthcare and as an ingredient in the manufacturing of industrial products such as polyester.

The World Health Organization (WHO) identifies the chemical as a “known human carcinogen”, while an International Organization for Standardization (ISO) document states it is “mutagenic” or potentially harmful under many conditions (page 5).

The Food and Drugs Administration (FDA) says about 50 per cent of all sterile medical devices in the US are sterilised with ethylene oxide.

“It means the risk of cancer and DNA mutations from a COVID-19 PCR test is (non-existent).”

Professor Bill Rawlinson, a senior medical virologist from UNSW, told AAP FactCheck in an interview that any residual amounts of ethylene oxide in PCR test swabs would be so tiny they were almost immeasurable.

“There’s just not enough left over; and if it were left over, time and exposure means that any residual ethylene oxide becomes denatured and becomes non-reactive,” he said.

A spokeswoman for the Therapeutic Goods Administration (TGA) told AAP FactCheck the medical regulator assesses products based on standards set by the ISO for health products sterilised using ethylene oxide.

“The manufacturer must show that the final product is safe and does not exceed the limit of ethylene oxide residue in accordance with the international standards,” she said in an email.

“Whilst there is evidence that long-term and/or occupational exposure to ethylene oxide has been linked to cancer, there is a lack of evidence to suggest that residual ethylene oxide exposure from the transient use of ethylene oxide sterilised COVID-19 PCR test swabs causes cancer or DNA mutations.”

The FDA told fact checkers Snopes that it was also important to differentiate between collection swabs and the PCR test itself — which the post wrongly contains ethylene oxide.

“The use of sterilised swabs for collection is not the use of (ethylene oxide) in the test itself… (However), ‘EO’ written on the swab package does indicate sterilisation of the collection swab with ethylene oxide,” a spokesperson said.

Variations of the ethylene oxide claim have been debunked here, here and here.

The post falsely states that PCR tests contain ethylene oxide. Rather, the chemical, which is correctly identified as a known carcinogen, is used to sterilise swabs commonly used in the testing process.

Any residual ethylene oxide amounts on the swabs are minuscule and pose no risk to human health, multiple experts and health authorities say.