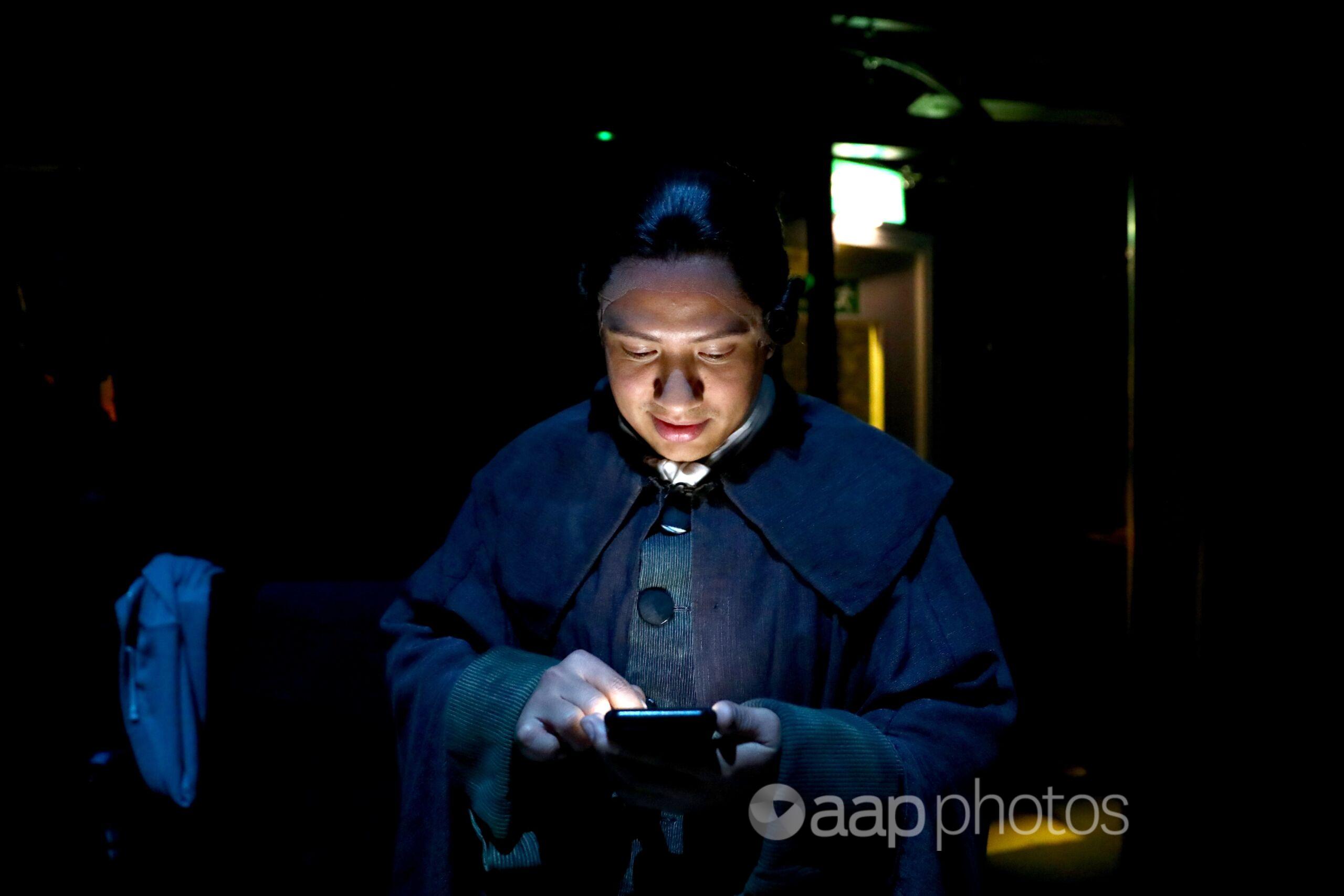 Pendant ‘protection from radiation’ claims sink like a stone

A Facebook post advertising the supposed protective effects of a pendant claims it will “absorb and neutralise” electromagnetic fields (EMF), guarding the wearer from the “harmful” radiation.

The July 22 post by an Australian page features a video titled, “Get 5G protection. Buy your pendant now!” It goes on to demonstrate how a pendant made from shungite was purportedly able to block the radiation emitted from a mobile phone.

The video begins by claiming the pendant is “charged with over 6,000 negative ions and infused with 27 minerals that are proven to neutralise the effects of EMF radiation”.

It goes on to say the pendant contains “pure carbon atoms called ‘fullerenes’ which can absorb, neutralize and purify harmful oxidants, toxins and even EMF radiation”.

The post’s caption warns that “many experts believe that Electromagnetic Frequencies from 5G towers can affect your body’s nervous system function and cause damage to cells”.

The shungite pendant would not absorb and neutralise EMF radiation around a person wearing it, experts told AAP FactCheck. It will only act as a barrier to radiation waves that strike it directly – as would any solid piece of material.

The post also falsely suggests that radiation from 5G towers can cause cellular damage; studies show it is highly unlikely that non-ionizing radiation at the frequencies and power used in wireless networks is a threat to people’s health.

Shungite is a mineraloid made mainly of carbon. It can only be found in the Shunga region in northern Russia.

Shungite contains fullerenes, which are hollow spherical-shaped carbon molecules that have been identified as of potential use in creating microscopic electronic components or for nanopharmacology.

However, Christopher Hansen, a chemical physicist and lecturer at UNSW’s School of Chemistry, told AAP FactCheck that no piece of jewellery – indeed few things short of a black hole – could change the path of electromagnetic radiation as suggested by the post.

Dr Hansen noted that shungite only contained trace amounts of fullerenes, and the only potential suppression of EMF it offered would be when the pendant was placed directly between the radiation source and a person.

“If you are holding your phone and looking at it, then the same amount of non-ionising radiation will travel from your phone to your head whether you are wearing the jewellery or not – unless the rock is between the phone and your head,” he said in an email.

Dr Hansen added that electromagnetic waves emitted by electronic devices travelled in straight lines until they were absorbed, reflected or scatted, but the pendant was not going to absorb radiation from around the room – only that which struck it directly.

He also disputed the video’s claim that the pendant’s “6000 negative ion charge” played a role in somehow neutralising EMF.

“(Electromagnetic radiation) does not create positive ions as it travels through the air. There is nothing from the light for the negative ions to neutralise,” he said.

Pradip Deb, a senior lecturer in medical radiations at RMIT University in Melbourne, also told AAP FactCheck that radiation travels in all directions from a source.

“One small pendant can absorb only a very small number of waves that fall on the surface area of the pendant,” he said via email.

Dr Deb added that if the pendant was capable of working as claimed, it would also absorb other forms of electromagnetic radiation from the house – rendering microwaves, TV receivers and mobile phones useless.

Professor Yuan Chen, a carbon nanomaterial researcher at the University of Sydney, said it was impossible to prevent electromagnetic radiation from reaching an individual’s body unless the person wore a full-body shield of suitable material.

“Carrying a steel pan would be much more efficient than wearing a small shungite pendant in absorbing electromagnetic radiation,” Dr Chen told AAP FactCheck in an email.

There is no research on the effectiveness of shungite in shielding humans against EMF, however a 2003 Russian study on rats found that shielding with the mineral decreased the severity of damage caused by high-frequency electromagnetic radiation.

Meanwhile, two recent scientific reviews – published in journals here and here – found no consistent evidence that radiofrequency waves above 6 GHz, such as those used by the 5G network, are hazardous to human health.

As previously explained by AAP FactCheck, real-world tests have shown that electromagnetic radiation from 5G base stations and other infrastructure was at similar levels to that from earlier-generation cell phone sites, and only a small fraction of the levels dictated by safe exposure standards.

Ken Karipidis, from the Australian Radiation Protection and Nuclear Safety Agency (ARPANSA), said he was aware of a range of products advertised as neutralising the harmful effects of electromagnetic energy from various sources, including 5G networks.

“Although sellers of some of these devices have reported biological tests to support health claims, there is no reliable evidence that such devices provide any health benefits other than by perhaps reducing people’s anxiety or by a placebo effect,” Dr Karipidis said via email.

While the shungite pendant would block electromagnetic radiation that struck it directly, it could not absorb or neutralise EMF around it or protect the wearer’s body as claimed in the post. Experts told AAP FactCheck the same properties would apply for other solid objects placed in front of an EMF-emitting device.

The post also falsely claims the pendant could neutralise EMF due to its negative ions. Experts said electromagnetic radiation did not create positive ions as it travelled through the air, meaning there was nothing for the pendant to neutralise.