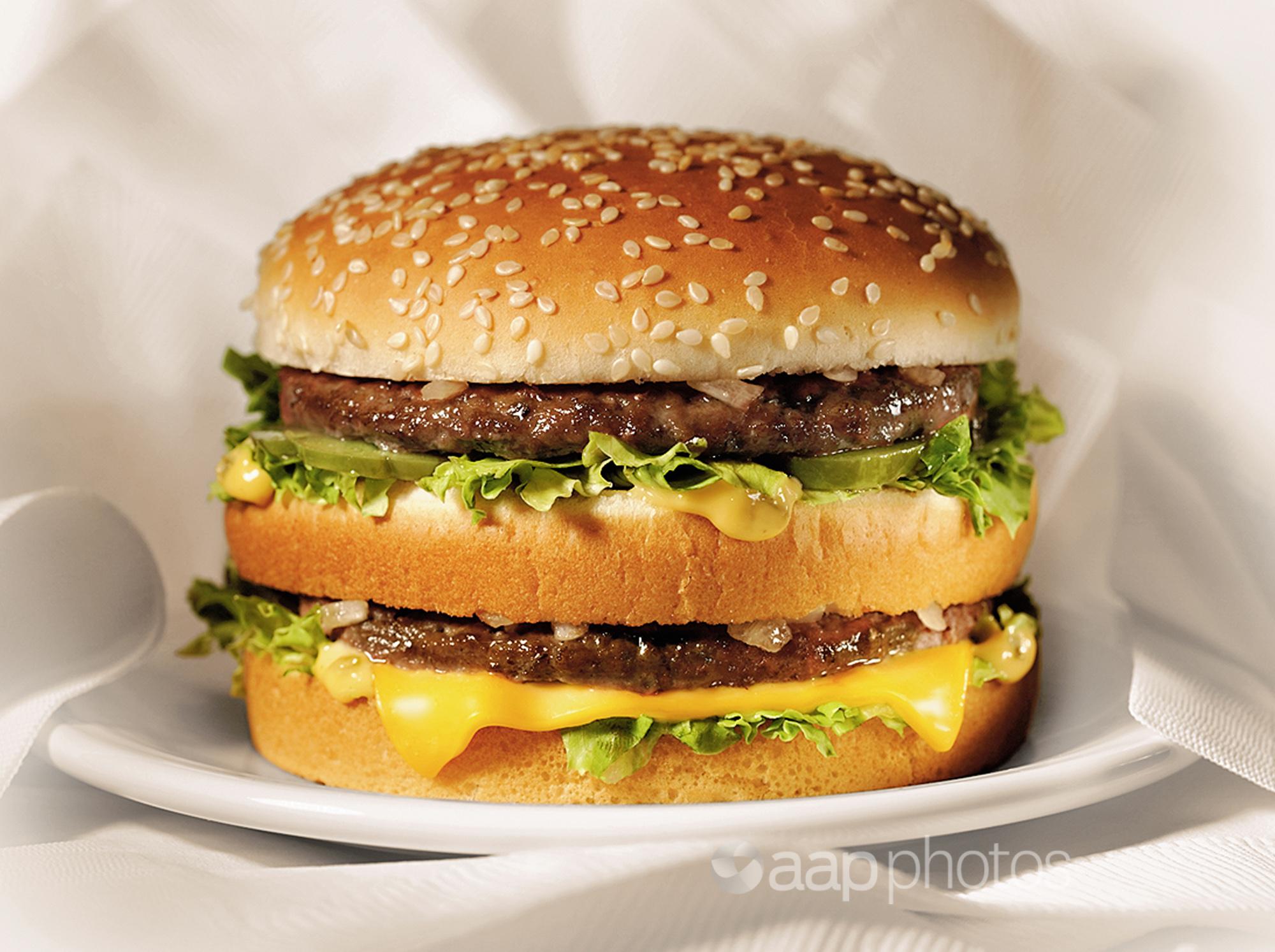 A social media meme that claims McDonald’s burgers are not 100 per cent beef continues to be widely shared in Australia and New Zealand.

The meme, included in this post on the Facebook page Get Cancer Cure, claims that McDonald’s hamburgers are only 15 per cent “real beef”.

“The other 85% is meat filler cleansed with Ammonia which causes stomach and intestinal cancer,” the meme reads.

Consumer campaigns over the contents of McDonald’s hamburgers are nothing new. The claims in the meme were addressed by the US fast food giant in 2011, when it stopped using so-called “meat filler” in its burgers.

The practice was brought to the attention of the wider public by UK celebrity chef Jamie Oliver, who campaigned against the use of the meat product.

Oliver branded meat filler – made up of treated lean beef trimmings used as a cheap bulking agent –  as “pink slime” in an episode of the chef’s Food Revolution program that highlight its production process.

The processing involves the use of ammonium hydroxide to kill pathogens in the meat, although experts say the quantity of the chemical ingested by consumers doesn’t pose any health risks such as causing cancer. The US Food and Drug Administration has also cleared the process as safe.

A 2009 New York Times article probed the use of ammonia in processed beef, which along with other reports fuelled a “stop pink slime” movement in the US.

McDonald’s ended its use of “lean beef trimmings treated with ammonia, what some individuals call ‘pink slime'” in 2011, according to a 2013 statement from the fast food giant.

It said the company used pure beef with “no preservatives, no fillers, no extenders” in the US after ending its use of ammonia-treated meet filler – which it described as a safe product.

Since then, social media claims about McDonald’s use of “pink slime” in burgers have repeatedly resurfaced – and been debunked (see here, here and here).

McDonald’s has taken the step of open its doors to prove its burgers are made of 100 per cent beef. British YouTube host Doug Armstrong followed the company’s production process from the farm to the restaurant in this 2015 video, as did the late Mythbusters co-host Grant Imahara in this investigation.

McDonald’s New Zealand spokesman Simon Kenny told AAP FactCheck in an email that the company now had a global standard of using 100 per cent real beef. In New Zealand, the beef was entirely locally sourced.

“The beef is sent to ANZCO Foods in Waitara, Taranaki, where it is made into beef patties. The beef is minced, formed and then snap frozen, meaning no added binders or fillers are required,” he said.

The company also says its Australian burgers contain 100 per cent locally sourced beef. Ammonium hydroxide is not listed as an approved food additive in either Australia or New Zealand.

In a video, New Zealand McDonald’s franchisee Peter Foster responds to a customer question asking: “Is it true that the beef patties are washed in ammonium hydroxide?”

“The answer is no,” Mr Foster says. “The beef patties do not get washed in ammonia or ammonium hydroxide or any of that pink slime business that you hear people talking about.”

McDonald’s also addresses the question in the Q&A section on its US website.

McDonald’s does not use meat filler in its burgers and hasn’t done so in the US since at least 2011. The company said its burgers worldwide used 100 per cent beef, while in both Australia and New Zealand the meat was entirely locally sourced.